The value of the combined crypto market has been wiped out by around $1 trillion since it peaked at around $2.5 trillion in mid-May, indicating that bitcoin and cryptocurrency prices have struggled in the recent month.

Bitcoin the main cryptocurrency in market

Bitcoin has long been the market’s main driver, and practically all other tokens, including ethereum, Binance’s BNB, cardano, dogecoin, and Ripple’s XRP, follow bitcoin’s price changes.

While ethereum, the second-largest cryptocurrency after bitcoin, has outperformed bitcoin in recent months, its price has fallen alongside bitcoin this week as China moves to crack down on crypto miners, who use massive amounts of electricity to secure blockchains and validate transactions in exchange for newly created tokens. 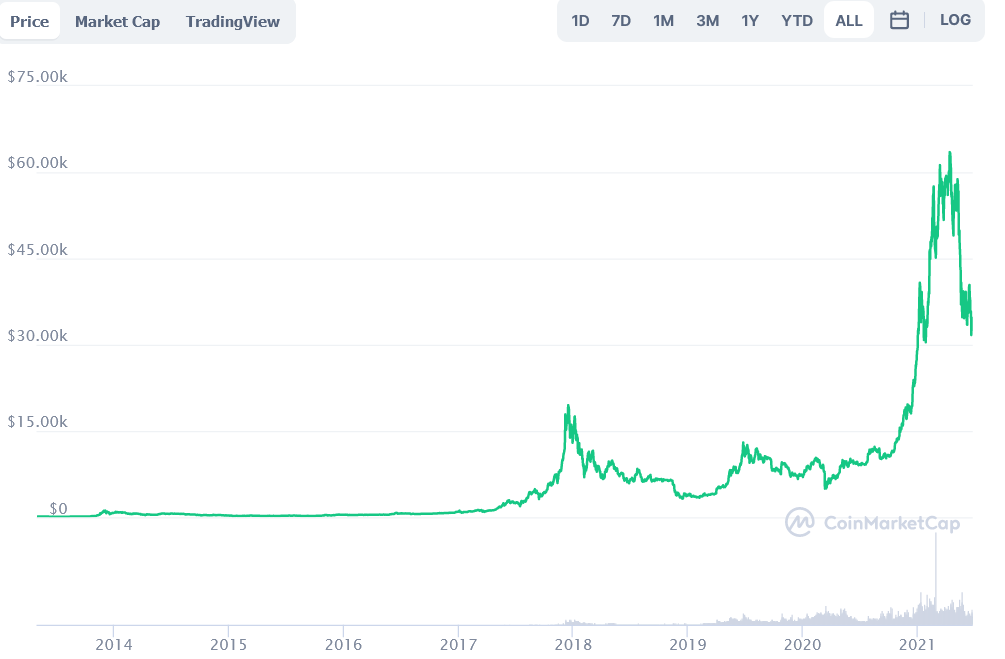 On the Luxembourg-based Bitstamp market, bitcoin dropped to lows of $28,600 per bitcoin this week before bouncing back over $30,000, yo-yoing a white-knuckle $6,000 in a matter of hours.

Meanwhile, the value of other top ten cryptocurrencies, including ethereum, Binance’s BNB, cardano, dogecoin, and Ripple’s XRP, has dropped, wiping hundreds of billions of dollars off the $1.4 trillion cryptocurrency market.

Now, after properly predicting the recent bitcoin and cryptocurrency sell-off, analysts at Wall Street giant JPMorgan have predicted that the bitcoin price will fall in the medium term.

While JPMorgan gives bitcoins theoretical $140,000 target price based upon convergence of bitcoin-gold volatility, bitcoin is nearly six times more volatile than gold, giving it a 1/6th of $140,000 or $23,000 fair value.

Despite this week’s dip, the experts are reluctant to abandon their bearish outlook for bitcoin and crypto markets in general, saying that “some recovery has happened, but our signals remain overall negative.”

The Grayscale Bitcoin Trust, the world’s largest digital asset fund manager, permits institutional investors to buy shares in the trust, which now holds little over 650,000 bitcoin tokens, or around 3% of the total supply of bitcoin.