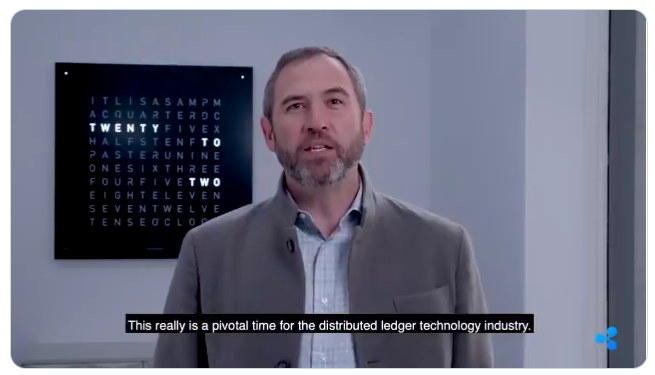 A San-Francisco based Ripple broke out a new announcement on April 01, 2019. With the start of 2019’s second quarter, Ripple revealed that it has become the founding member of INATBA (International Association for Trusted Blockchain Applications).

INATBA is a linking organization between blockchain based firms and policymakers or regulators.It is an initiative by EU’s European Blockchain Partnership, the result of close collaboration of 26 EU countries. Accordingly, it gathers startups, SMEs, policy makers, regulators, international organizations and other standard-setting bodies to understand and support Blockchain technology to achieve mass and mainstream attention across various sectors.

We're thrilled to be a founding member of #INATBA and look forward to being a leading participant! Learn more here: https://t.co/UEIOygTEJ7 pic.twitter.com/fyJr31hNCS

Ripple’s move was discussed by CEO Brad Garlinghouse in a video (posted by Ripple official Twitter account). He says that inclusion of Ripple as founding member in INATBA is an honor – as such he encouraged favorable regulations for the cryptocurrency market. Brad says that;

“This really is a pivotal time for the distributed ledger technology industry. It’s critical that as an industry we come together and engage with regulators and governments globally. The work we are seeing with the European Commission is pivotal and can be leading in this effort. We’re thrilled to be involved and look forward to being a leading participant.”

Nevertheless to note that INATBA will be officially launched on April 03, 2019 in Brussels. The move will majorly enhance positive regulations as it connects policymakers with the startup based on DLT (Distributed Ledger Technology) or the entities that keenly expecting policymakers to promote blockchain innovation through favorable policies. The board will enable companies to discuss with regulators and legal bodies.

So readers, do you think Ripple’s initiative as a founding member for INATBA will help companies connect with regulators effectively? Let us know your views.