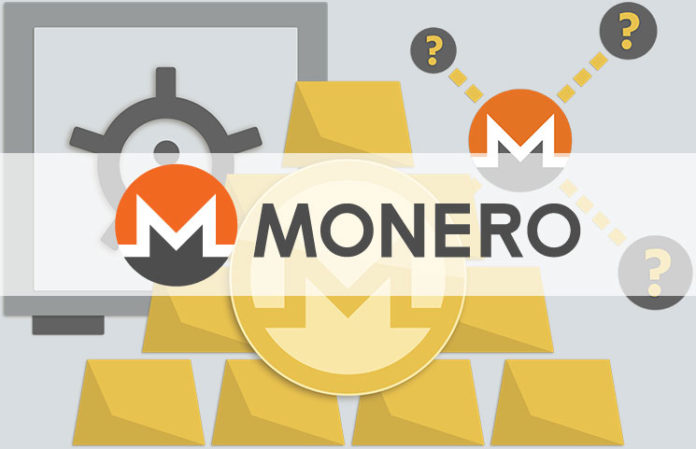 Monero, which is also known by its code XMR is a cryptocurrency which was launched in the month of April 2104. Unlike other cryptocurrencies, Monero is an open-source and private cryptocurrency which focuses on scalability and decentralization as well. Monero was not launched by this name but as BitMonero but later within a week, the team behind this digital currency has renamed it Monero only because it is short and is meaning in the Esperanto language is “coin”. It took some time Monero XMR to become a market sensation. In the mid of 2016, the market capitalization of Monero has been increased from $5 million to $183 million, were in the mid of 2017, it has been already reached to $720 million.

XMR is usually misguided as a cryptocurrency like Bitcoin while it should not be because it works in a totally different way. It is a must faster, a private, secure and inexpensive digital currency that can be used as a payment source anywhere in the world. Bitcoin is more likely a wire transfer currency due to which the owners of BTC have to pay the wire transfer fee where there is no such fee exists for the Monero XMR because there is no wire transfer. Due to this feature of XMR, the chargeback of the fraudulent and multi-day holding periods are nil.

XMR is not centralized by any currency due to which this currency cannot be eligible for tax and no country can shut down it by the law. IN other words, the economic condition of a country will not affect the value of XMR. The value of Monero will only increase and decrease if it has been trading in the market very fast or slow respectively.

Monero is a decentralized, private and digital currency. In other electronic cash, you usually have only two properties; decentralized and digital where Monero offers you a solution to trade digital cash without being tracked by one including the person who receives XMR and the person who sends. In short, it is a secure, private, untraceable, unlink-able and fungible digital currency. Due to these features of Monero, you enjoy the following and this is why Monero is a good investment and why you invest in Monero right now to make your money more secure and increase its value without doing any effort.

READ  How to buy Monero (XMR) with USD Credit/Debit Card?

Other digital currencies are being traded on public blockchain due to which anyone can see your transaction where the Monero’s can be traded on its own private blockchain. This ensures that all transactions made through Monero will remain private by default. Only you can see about your finances or your auditor if you wish by providing him access to your account. This also makes Monero, the most private cryptocurrency in the market. Even if you are XMR on online shops, make a payment or all other receipts keep private.

To make all the process of trading Monero XMR, the developer has developed a secure business plan for its users. To make every transaction secure, they give a mnemonic seed for an individual account that has been created when you register yourself on Monero’s software. This code is consisting of 25 words which can be used to back up the account. All accounts have been encrypted with a passphrase. This made sure that your money is secure even if someone tries to access your account. Even the stolen Monero can be made worthless due to this system. So, losing a single Monero is impossible.

To make all transaction untraceable, Monero provides you ring signature which makes it impossible to track back that who has generated the transaction, who is the sender and who is the receipt of the payment. This is a special property that works with certain types of cryptography. In other words, it works in the same way as VPN work where you can break the internet censorship without worrying about to get traced by the government or even your internet service provider.

READ  How to buy Monero (XMR) with USD Credit/Debit Card?

One Monero will always remain equal to another Monero. This is because of the privacy technologies that make XMR a fungible digital currency. This makes sure that you won’t need to worry about if your vendor or exchangers blacklist the Monero.

That’s not it, other than above; the value of XMR is being increasing day by day. For investment purposes, this is enough to attract any investor to invest in the specific currency. It has a really good healthy and mature team of developers who are working to make this currency more reliable, secure and untraceable even in the future when the digital currency will replace the paper cash. So, if you are looking for a digital currency to invest in long-term then XMR is indeed the best selection over any other digital currency due to its unique and reliable features. Although, the value of XMR is not very high as compare to BTC, which makes it an affordable digital currency to purchase for the investment purpose.

You can keep the Monero safe and secure in your wallet for the long term if you are not a risk-taker and looking for a secure opportunity to invest in.

Step By Step To Buy Monero XMR With Credit/Debit Card

How to buy Monero (XMR) with USD Credit/Debit Card?

What Are the Different Ways to Buy Bitcoin?