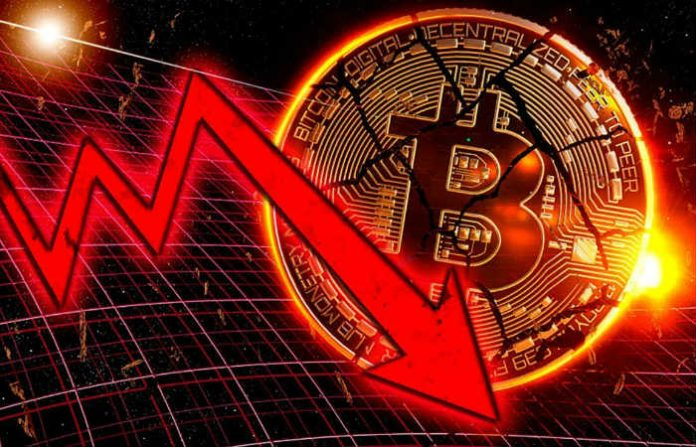 Bitcoin plunges down below $20k as August inflation data denies the prevailing sentiment of quick recovery.

With an aim to control the country’s rising level of inflation, the Fed took multiple macroeconomic decisions during the quarter. Most significant among the measures taken was the hike in interest taken.

It was expected that, as a consequence, the heat up economy would cool down and the inflation would successfully be controlled swiftly. But despite all the expectations things are not really looking that pretty.

Recently released data by the US Bureau of Labor showed that the inflation rate in August was 8.3%. Though the rate has dropped by 2 percentage points from July’s inflation rate of 8.5%, it is rather trivial.

The news sent the US stock market into a sort of shock as within hours $1.6 trillion was liquidated, it is four times the market cap of Bitcoin. Giant tech company Apple lost its Value by a whopping $154 billion, the 6th largest single day drop in the US stock market history.

Bad macro conditions affected the crypto market adversely as well. The premier cryptocurrency lost its Value by over 8% within the day as the coin went from the high of $22.7k to $19.9k on September 13th. $355 million got dumped as crypto’s total market cap dropped by 7% to $991.1 billion. 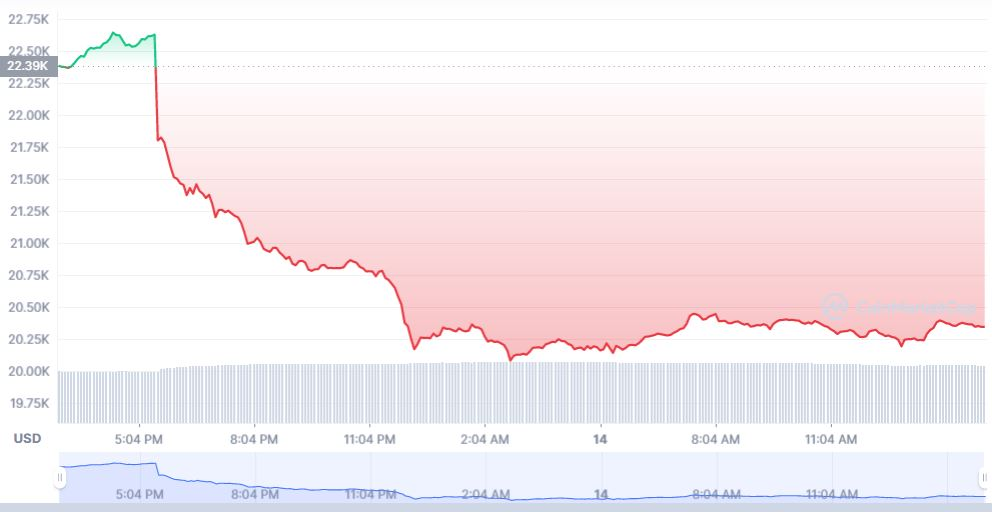 “Markets had tried desperately to spin a bull case and fight the Fed, basically, and that’s a dangerous place to be,”