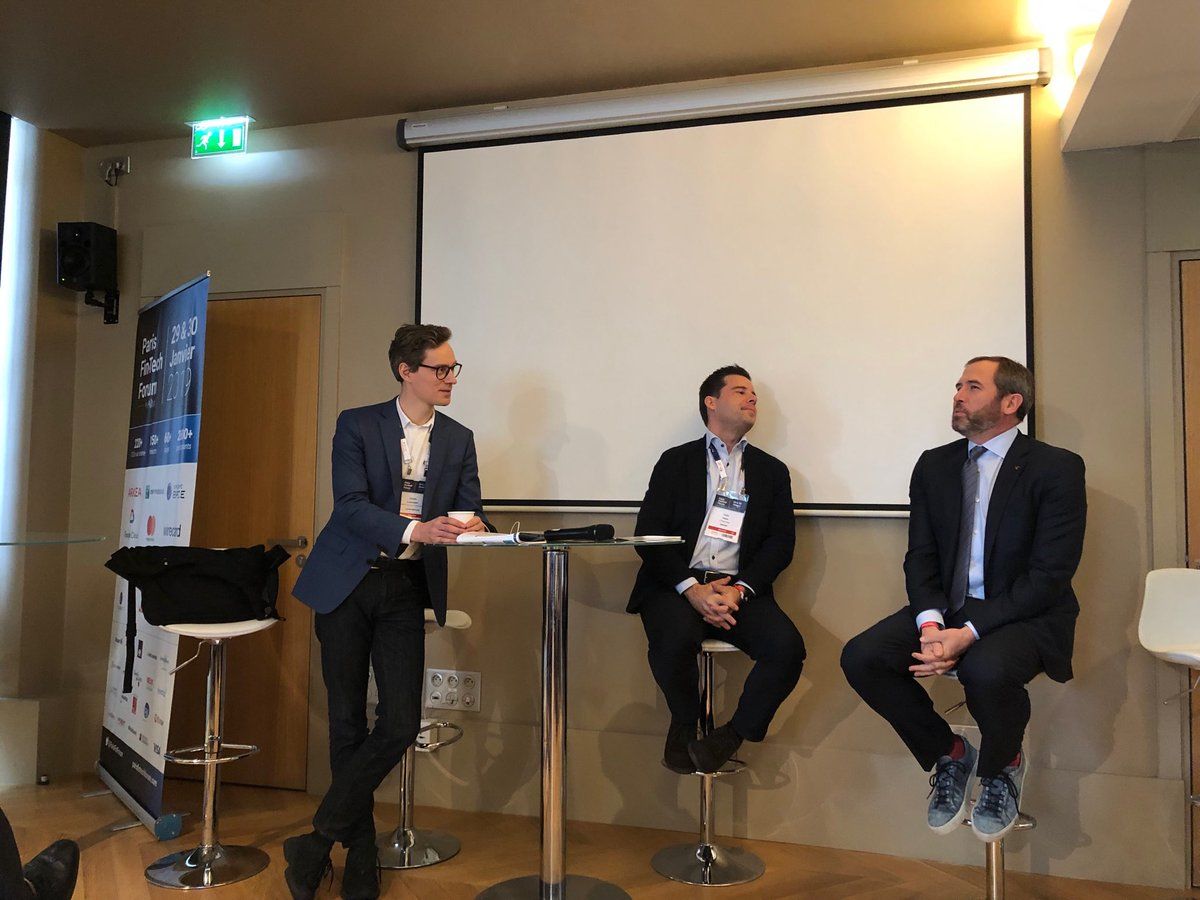 Ever exciting event of Paris Fintech already begins and Industry leaders took the stage to address the most crucial aspects around blockchain, cryptocurrency, and fintech. The Paris Fintech Forum is organized for two days – Jan 29 and Jan 30, 2019. Resource revealed tat the Ripple’s CEO Brad Garlinhouse talks about the biggest risk exists in market is ‘regulatory uncertainty’. He says;

The future in which cryptocurrencies are used as payments is at least 5-10 years away. As of today, the biggest risk for the market is regulatory uncertainty.

⁦@Ripple⁩ CEO ⁦@bgarlinghouse⁩ on the future of #cryptoassets: “The future in which #cryptocurrencies are used as #payments is at least 5-10 years away. As of today, the biggest risk for the market is #regulatory #uncertainty.” ⁦@TheFCA⁩ ⁦@EU_Commission⁩ pic.twitter.com/EudqHDkhWv

Additionally, the second-day panel (i.e 30th January 2019) will be a face-off between Ripple’s CEO Brad Garlinghouse and Swift’s retiring CEO, Gottfried Leibbrandt. Both the panelists will speak on ‘future in the fintech industry’.

Stay tuned with Ripplecoinnews, more news on this topic is coming soon.

Furthermore, it is not to forget that in the Davos Conference, Swift CEO stepped back from the event and didn’t make his presence with Brad Garlinghouse. And eventually, the other panelists from the Industry joined Brad on the panel.

Swift Step Back attending the Davos Conference but #Ripple Still Exciting The Round Tablehttps://t.co/cqTgk5MlKk

What do you think about the face-off between two company’s chair in Paris Fintech Forum? share your views