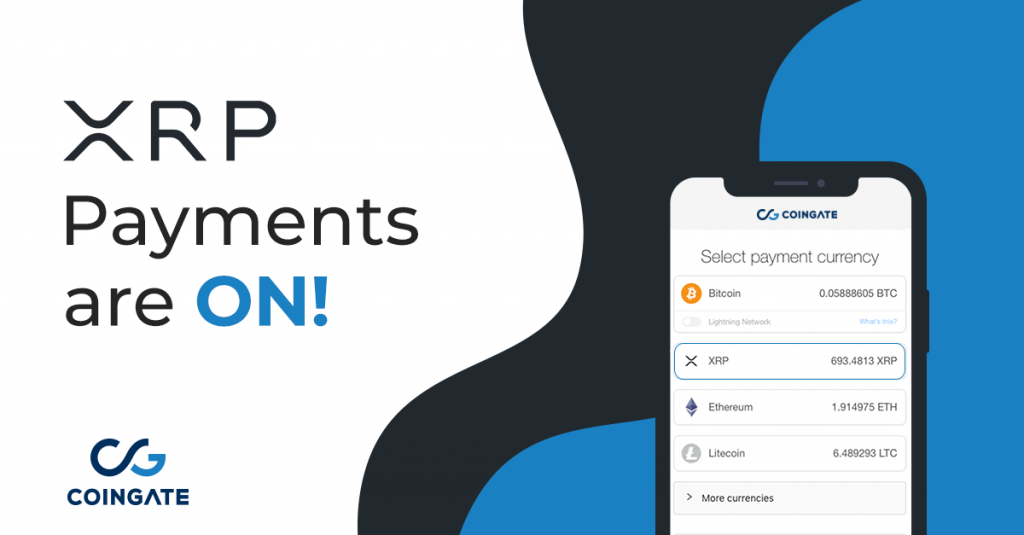 So what’s interesting in XRP network today?, well, a Lithuania based blockchain payment platform, Coingate is enabling the native XRP payment method for merchants. Yes, it was announced on February 01, 2019 via an official Twitter account of Coingate.

The blog hit the headlines by exciting the huge community of second largest cryptocurrency, XRP. The Coingate payment platform now let users to pay for a VPN, video game or anything else across more than 4500 shops online.

Big news for #XRPcommunity and our merchants alike! We launched native $XRP support to our customers, meaning #XRP is now accepted as payment at thousands of vendors across the Net. Proceed to our blog for more detailed information! https://t.co/MnY2n6onDH pic.twitter.com/BYTxROGrpx

Accordingly, the vendors or merchants can now accept payments in XRP for the service customers may opt. This facility will be available to merchants by using the payment gateway of CoinGate.

However, it is interesting to note that the XRP acceptance as the native token is the result of increasing demand. As such, on Jan 17, 2019, an XRP enthusiast, Tiffany Hayden took to Twitter and discussed the difficulty on XRP payment towards a merchant. She asked;

when I pay with $XRP through you to a merchant who has requested to receive funds in $USD, does my XRP get converted into Bitcoin or any other crypto on your end?

Following the lack of XRP native support, she further mentioned a huge demand which is likely the outcome of Coingate’s decision.

Moreover, the official blog of Coingate claims that it is the first payment gateway to hit XRP native acceptance as a payment. While XRP being the largest cryptocurrency of the market, the firm is quite confident that it brings huge potential to its merchant. Indeed the announcement says that merchants can later settle XRP payments in fiat (Euro) and crypto (such as Bitcoin or Ether).

The blog reads the announcement as follows;

We are thrilled to let you know that we are adding yet another payment option for our merchants, and this time it’s a big one! Due to very popular demand by the community, our next cryptocurrency on the list – XRP!

With the huge demand for XRP as native payment, the firm is more likely determining its potential across the market. Consequently, in early Jan 2019, Coingate rolled out a Twitter poll to begin XRP Ledger Validator.

Nevertheless, the final outcome of the poll was ‘Native XRP support’ and rest were LTC lightning Network, Native TRX Support, and Stablecoin Settlement. The result being Native XRP support led XRP community to anticipate it as the native token in future. Indeed Coingate finally rolled it out.

Guys, we’re seeking the opinion of our community! Which integration would you most want to see come out on CoinGate? #LightningNetwork $LTC $XRP $TRX #Litecoin #XRP #Tron #cryptocurrency #stablecoin