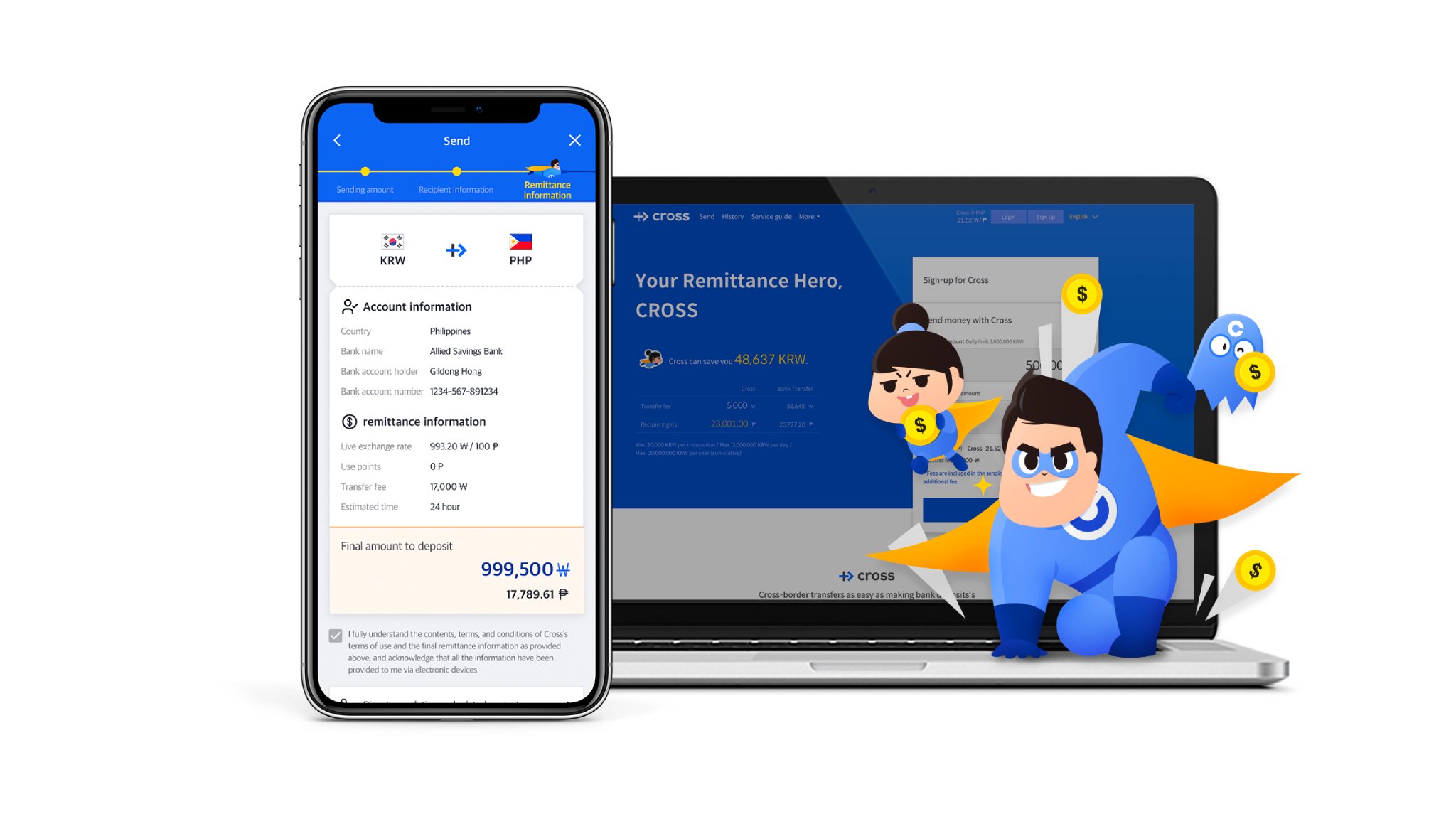 When it comes to cross-border payment settlement system, Ripple comes on top of the list. With various products launch and constant partnership, Ripple has attracted the major market players in the year 2018.

According to the latest announcement, Coinone transfer which is a subsidiary of korean cryptocurrency exchange called Coinone is introducing the new Payment mobile App based on Ripple’s blockchain technology. Consequently, country’s first blockchain powered mobile app is specifically utilizing RippleNet, a product of Ripple. Officials revealed that the aim behind the collaboration between Ripple and Coinone is to offer instant payment settlement service to two million immigrants of South Korea.

Coinone Transfer’s new App is named as “Cross” designed to deliver international payment solutions across Thailand and the Philippines, eventually, to reduce the cost involved in cross-border transactions. Moreover, the collaboration is envisioned to expand its operation across various regions in near future. In addition, it is to knot a strong bond with Siam Commercial Bank (SCB) in Thailand and Cebuana Lhuillier in the Philippines. The announcement reads as;

“With plans to aggressively expand across the region over the coming months, Coinone Transfer quickly rolled out the service through new financial institutions using RippleNet — connections formed with Siam Commercial Bank (SCB) in Thailand and Cebuana Lhuillier in the Philippines.

Coinone Transfer’s partnership with SCB also will soon offer Cross customers a direct link to PromptPay, which enables any recipient with a bank account in Thailand to receive a payment directly and instantly.”

Unlike the traditional payment methods and the other remittance options within the region, Cross bets to provide the secured solutions for users with or without a bank account.