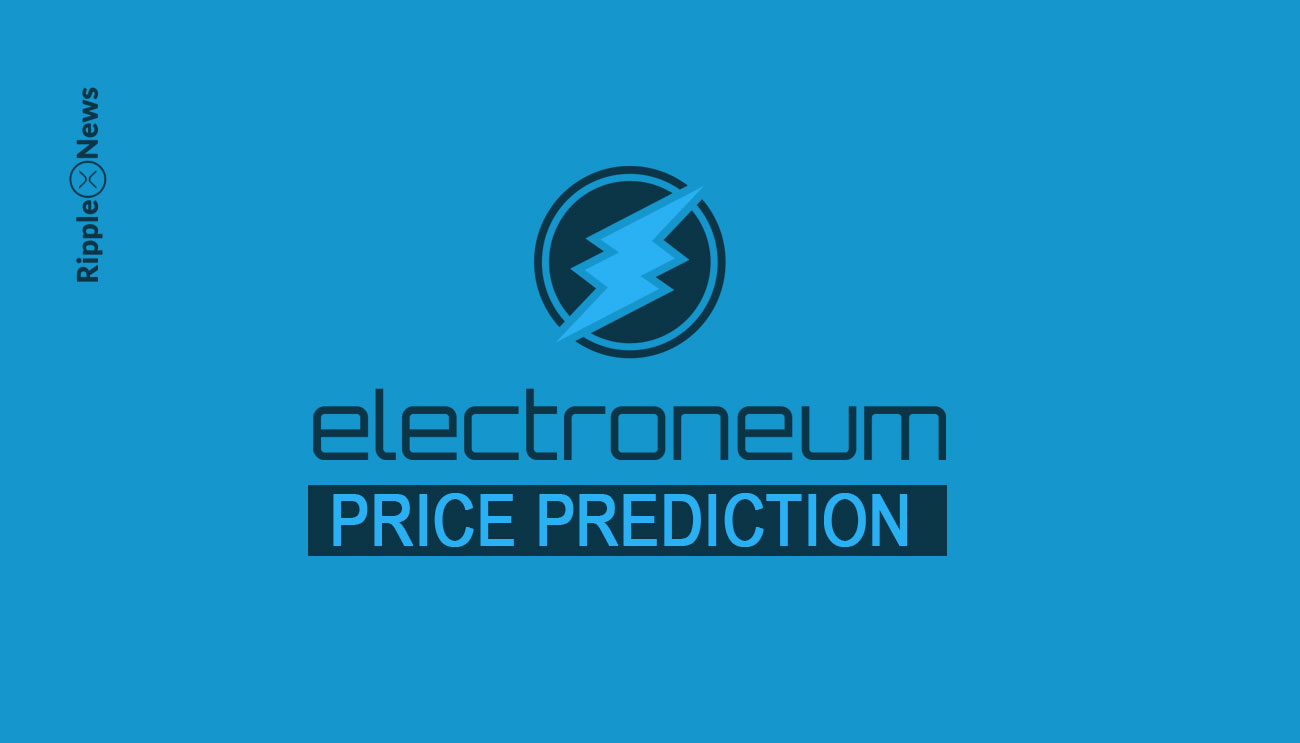 The major aspect of any crypto is its price. Which makes the traders and investors predict prices on the finest level. With this concept, this article will review the Electroneum Price Prediction. We will talk about both long term and short term investments in Electroneum (ETN). But before moving any further, let’s talk about where and the Electroneum was originated and a brief one-on-one introduction of this fast-rising cryptocurrency.

A modern cryptocurrency and Blockchain was developed in 2015 by Ellis and his partners. Electroneum Ltd was registered in 2017 headquartered in the UK. At the end of 2017, a campaign named ICO was hosted where Electroneum attracted about 40-million dollars. In accordance with many other ICOs, it was a very good campaign. Over 115,000 investors attended the event and shown their interest to buy coins.

Electroneum is a mobile-friendly cryptocurrency that runs on its Blockchain. The crypto is anonymous in terms. This Electroneum (ETN) crypto is somewhat distinct from other cryptocurrencies available in the market which generally emphasize quick micropayments and mobile devices. It was generally developed to make the mining of crypto more fun and easy on mobile devices. For those countries, who don’t have access to traditional financial mediums such as PayPal can get benefit from this Blockchain? The Blockchain was creating using Crypto Note and Bitcoin’s source code.

The ICO event was a big success in terms of the growth of the crypto. But soon after the launching of crypto, prices of Electroneum (ETN) started drooping. A major hiccup was faced after the event of ICO. Many users claimed that their accounts have been hacked. In November 2017, the prices of Electroneum (ETH) dropped to $0.06 from $0.23. As you can see in the chart below, the drop was sudden.

The potential in prices was seen in January 2018 when Electroneum fixed the hacking issues of users. The investor community of Electroneum saw a breakthrough evolution which was back up to $0.22 from $0.06. The crypto has performed rather on the average scale than compared to other cryptocurrencies. The historical price trend chart is taken from coinmarketcap.

It’s fair to say that the achievements of Electroneum such as publicity, price listings on famous exchanges, and technologies aren’t helping the prices of Electroneum to skyrocket. The prices are continuously dropping. We have already seen the case where ETN was entered into the market with historically high point. Let’s try to figure out how much Electroneum can cost by the end of 2021, 2022, 2023, 2024, and 2025.

The team of Electroneum is very dedicated, experienced, and motivated at the same time. So fat the team is successful in developing features. People are hoping that the show business of Electroneum of the recipe again and that coin will lead to massive adaption in the coming years. Here is the estimated growth of the coin that you can expect in the upcoming 5 years.

Phase two of the Electroneum is just begun. We can’t say much about the economy but the crypto market is on the rise. The future of Electroneum is promising, according to Coinliker’s ETN price forecast. In the next few years, according to its predictions, Electroneum will skyrocket. They expect that future rates for ETN will begin to rise to $0.03235 a year.

Concerning the above forecast table, the price of 1 Electroneum (ETN) should be around $0.05 by the end of 2021.

The crypto is volatile. No one on earth can predict the prices of crypto with total certainty. Although we have gathered the pieces from the internet for the prediction of the price of Electroneum for the year 2022.  Electroneum is going bigger over the years to come. This might end up in securing adoption rate and higher rank. Electroneum (ETN) might establish as one of the best crypto y the end of 2022. By 2022, the price is expected to be around $0.036972 to $0.08756. This price might be the start of Bull Run.

It’s hard to provide predictions in certain situations when everything is dependent on how the market behaves. as for the Electroneum forecast of 2020, the coin is expected to remain the same. As for the general level, the behavior in changing prices may suggest that the reach of the coin should be between $0.0587 to $0.076. It might even cross $0.10. But this all happens in case of a bullish market trend.

As per the latest graphical representations by digitalcoinprice, Electroneum (ETN) price will increase to their predicted data. In the coming four years, ETN is going to be a profitable asset as analyzed by the different platforms.

Many believe that Electroneum is more sustainable than any other crypto around. As seen, the market is so sure to have a steady growth in the prices. This is because the crypto is volatile. Most of the graphs predict that it takes no time to impasse the net value of this crypto. Some analysts have claimed that the value will go up to $1. Since its groundbreaking launch, it can be possible. But the $1 goal seems a blur thought as the crypto is currently standing far low than this.

How to buy ENT?

The market capitalization of Electroneum (ETN) needs to be around $8 billion to reach the value of $1. It will take time to reach this value but it’s not impossible.

Does Electroneum have a future?

Over the next few years, Electroneum will reach a high rank with a great acceptance rate. By the end of 2025, it can become the most favorable crypto in the market.

How much will Electroneum be worth?

The market predicts that it will be $0.0812 at the end of 2021. This means that growth is possible to form today. This makes the ETN a good long term investment.

Why is Electroneum going down?

Currently, the rate of ETN is going down and there is still hope of an increase in its price. People are losing interest. If we talk about this year, the price chart hasn’t grown that much to show positive changes.

We have introduced every aspect from its origin to the predictions in upcoming years. This article has covered in-depth detail about everything including price predictions. Many big names in the market claim that Electroneum will make a huge break in vomming years. If in case, this happened ETN will be on the top of the list as the user base will increase to almost 202 billion. If you’re interested in Electroneum then it is advised to follow the development updated on daily basis.

Share your thoughts and Electroneum and tell us about your predictions about the ETN evolution in the coming years. We would love to hear from you.