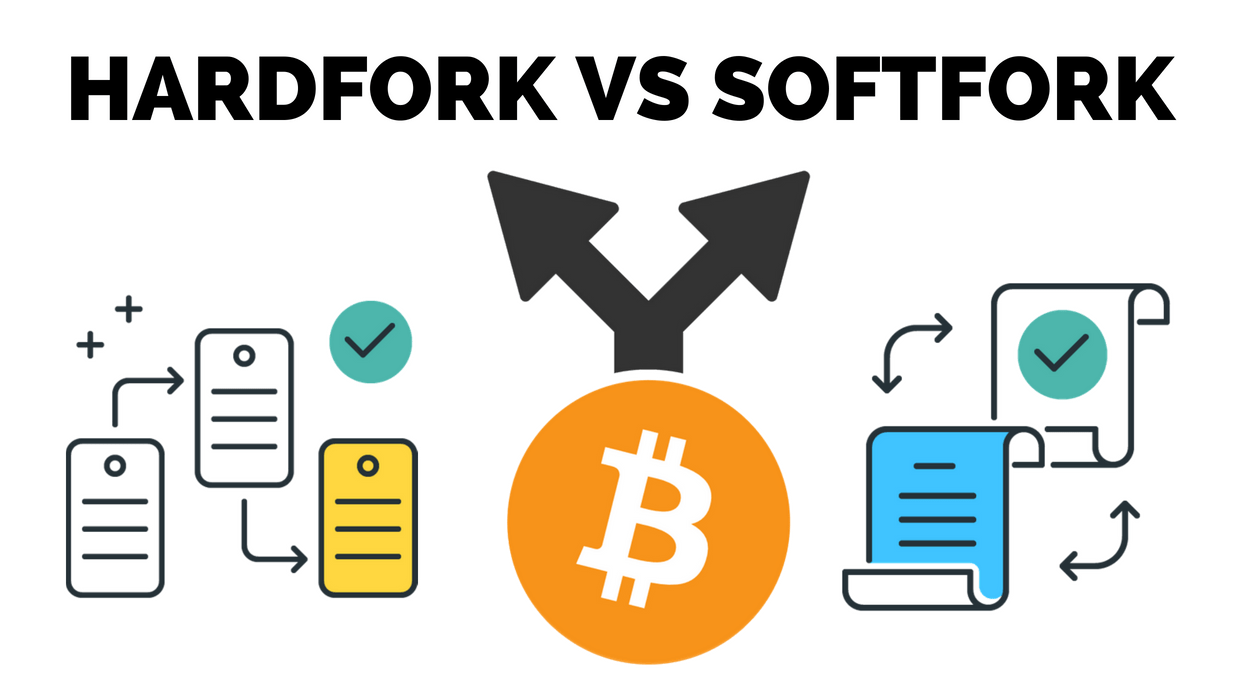 The word “fork” is frequently used in the crypto trading world. This refers to enhancement on the blockchain network. Forks are essential in the evolution of cryptocurrencies because these networks are continuously changing and evolving—Bitcoin is a wonderful example of this. The fork is also one of the terms in the cryptocurrency world that traders should be familiar with.

There are two main types of forks: hard fork and soft fork. In this article, we will explore how these two types differ from each other.

What is a Hard Fork?

A hard fork is a significant modification to a blockchain network’s protocol that splits the network into two branches: the old protocol and the other following the new one. This means that the old protocol cannot accept the transactions created by the new protocol, hence resulting in the creation of a whole new cryptocurrency.

These branches, on the other hand, might be either planned or contentious. People who use the blockchain will freely upgrade their software to obey the new regulations when they are planned. As a result, those who refuse to update will be stuck with an out-of-date chain.

What are the well-known hard forks today?

Below are some of the top-performing hard fork cryptocurrencies:

Bitcoin Cash is a cryptocurrency that was created in August 2017 after Bitcoin was forked. The primary reason for the Bitcoin split was that transaction costs were getting too expensive. Indeed, what began as a fraction of a penny in 2009 has swiftly risen to a few dollars for each transaction.

Bitcoin Gold, along with Bitcoin Cash, was one of the most well-known Bitcoin splits. It is a hard fork of the original open-source cryptocurrency, Bitcoin, which took place on October 24, 2017, with the goal of “making Bitcoin decentralised again.”

Technically, Bitcoin is still decentralised, and Bitcoin Gold also addresses some worries about how transactions are validated and mined.

What is a Soft Fork?

A soft fork is a software protocol update that renders previously valid transaction blocks invalid. It usually involves the insertion of a new rule that does not conflict with the existing ones, making it backwards-compatible—which, unlike hard fork, allows existing nodes to identify the new blocks as valid.

Because all blocks with the new soft forked-in rules also obey the old rules, old clients accept them, and soft forks do not require any nodes to update to maintain consensus.

One good example of a soft fork is Segregated Witness (SegWit).

Segregated Witness, or SegWit, is given to a Bitcoin transaction format modification implemented via a soft fork. Created by Bitcoin developer Pieter Wuille in 2015 and other Bitcoin Core contributors, the idea was presented as a solution to the scalability issue that blockchain networks had and still have.

The concept of evolution is inevitable in the cryptocurrency world, and the only way to remain ahead of the curve is to understand the fundamentals of how it works. One of the most essential difficulties that arise in the crypto space is forking, which can modify the scope of a whole project.

For more news, updates, and guides on cryptocurrency, you can read more on the Cryptona website.