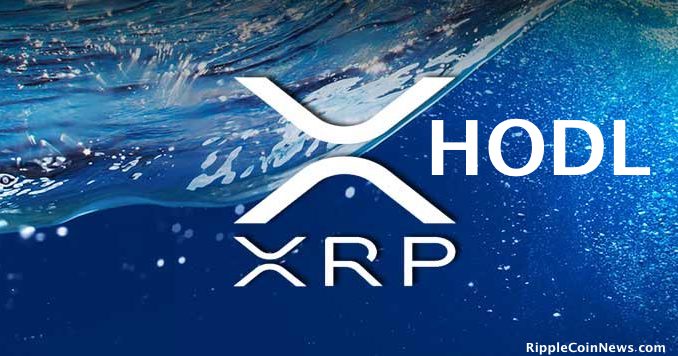 In the past eight months, we have had to contend with bears but that was not the first time. History had something for our reference. Something similar happened in the crypto market at the end of 2013. In December 2013, raced printing highs of $1250. Shortly after, the market sank 90 percent registering lows of $100 before stabilizing. Then, the Bitcoin price drop was over 90%. So, as you can see, there is duplication panning out before our eyes especially when you place XRP in the picture. Although it is one of the best coins in the Crypto Market, at current spot prices, XRP is down 93 percent and one of the “worst” performers as experts say.

It was no doubt around these circumstances that I was asked in various forums what I thought is the best way to make money during this trying and bearish moments. Can we trade or hold XRP they asked but as always, we shall get in between the lines and give you conclusive answers based on facts. To simplify, we shall distill and see what are the advantages and disadvantages of each strategy and what you can do to overcome these insatiable bears.

Overly, trading is all about profits and there are three main categories of trading mostly defined by trading style:

– Short-term trading (Where trades are held within one week)

In one way or another, we have practiced one or different kind of trading strategies mentioned above. Ten years ago, when I was a beginner, I experimented with day trading. I was attracted to the allure of quick profits. However, I was quick to lean that day trading is not suitable for those who want freedom. In fact it’s pretty hard since you had to stay glued to the computer the whole day. While I graduated and made use of several technical indicators initiating trades based on buy sell signals, it was just a tedious job to watch chart all day. Yes, there were limit orders which I made use of but admittedly, these sell or buy limits are not guaranteed in any way. Prices could reach our set value and later fall meaning we didn’t make profits and most of the time we ended up taking a loss.

Capping this is the high volatility prevalent in the market place which makes stop losses unreliable and not something of a guarantee. Overly, I made money from time to time but these were necessary experiences steeling my learning curve.

Nonetheless, still watching your trades and manually opening and closing orders is the safest route to profitability. However, I must say, I quit day trading shortly afterward because let’s face it. Profits are low and yes, you can’t successfully manage greed.

After day trading, I tried short-term trading and I kept playing the market that way for about one year. The experience gained from this trading style was to say the least definitive. The cool thing about this trading time is the chartist time, that was slashed and what’s more, profits expanded. This didn’t stop me from prodding around and later I settled for swing trading. It’s easy peasy really and all you have to do is to purchase when there are significant market corrections with executions happening only after a few months or when your targets have been hit. The only strategy that betters Swing trading on matters return on investment is the Buy and Hold Strategy.

Along with these trading activities, I’ve allocated part of my portfolio to the buy and hold strategy. This trading strategy is pretty straight forward and as it is. All you have to buy is when prices are cheap and fairly valued. And I didn’t mind the wait because sometimes for me to get in at a cheap, I had to wait for a couple of months often between 3 or 4 months.

You can buy all the quantity you want at a single price or you can choose a step to buy strategy. More specifically, the money is divided into three equal parts with buy positions being opened at important support levels spread across three levels. This trading style is better known as laddering. After ramping up your longs, the buy and hold strategy requires you to wait between 6 months and several years until you get the desired profit.

Warren Buffett is one of the many traders millions of dollars through the buy and holds strategy. Warren sought to buy cheap shares, generally after market crashes, after which he waited for years to sell his shares.

After analyzing our own trading strategies over the past ten years, we came to the following conclusions:

– never invest more than you allow yourself to lose.

– Before buying, always look to enter on the cheap. Identify these lows by critically looking at the charts.

– The Buy and Hold strategy often return the highest ROI

– Statistics backs Buy and Hold strategy and over 90 percent of the time traders turned in a profit.

– Select a trading strategy that bests complement your personality

– Trading in a bear market is hard for newbies, often experienced traders turn in a profit.

– Day trading is tasking and ROI is low

Based on our deductions, its certain that the current market conditions are not favorable for those starting out. Learners would better jump in and practice when the market is stuck within a range or when buyers are prowling

When I say the best strategy is the one that suits your personality, I mean that an anxious youngster will probably think to buy and hold is an inappropriate strategy for him. But if he has not tried this investment style, he cannot know if buy and hold suits him. Generally, young people want quick money and are looking to trade, not buy and hold. Ultimately, what matters is a bigger ROI, and this huge profit can only be achieved on XRP through buying and hold.

So, buy and hold and cap it with a lot of patience. After all, time has shown that a bear market cannot last forever. Crypto market has cycles, like any capital market. A bear cycle is followed by an accumulation period and then by a bull cycle. Encouragingly, XRP Fundamentals have improved in 2018. This year, Xrapid has been tested and several financial institutions are making use of XRP for their cross-border payment solutions.

It is true that the volume of these transfers is quite low, but do not forget that it follows SBI and, according to Ripple CEO Brad Garlinghouse, by the end of 2018 some banks will adopt XRP. The low price of XRP at this point is due to the bubble that led to the Crypto Market at the end of 2017 and early 2018. As such, this fall in prices has nothing to do with XRP’s fundamental data.

Over time, XRP has been demonstrated to be a solid product and with increasing adoption, it’s without a doubt that prices will inch higher. Such price declines have existed in other capital markets and on several occasions in the crypto sphere and in those trying times, the capital markets have recovered. You must have enough patience if you want to become a Warren Buffet of the Crypto Market. The former ATH from $3.6 will be reached and broken up in a near future or far away.