Undoubtedly, XRP has some unrivaled cross border value transfer properties that make it a honey pot for exchanges, institutions, individuals or even hedge funds.

Most recently, Michael Arrington, the founder of TechCrunch, an avid investor and the owner of Arrington XRP Capital acknowledged that XRP is by far the best option for transacting internationally. He further explained why his hedge funds, Arrington XRP Capital is dominated in XRP that despite his revelation that his fund actually owned more Bitcoins that XRP in their diversified portfolio.

In an interview with Blockinpress, Mike said using XRP is actually fantastic, cheap and very efficient. These intrinsic properties of XRP found a basis for them to settle on making XRP their base currency at the expense of fiat currencies or other cryptocurrencies as Bitcoin for example.

“So we wanted to actually be the first hedge fund to denominate ourselves not in dollars or some other fiat currency but in an actual cryptocurrency. We know XRP is the best for that because – look, it’s a little bit more centralized than, say, Bitcoin. It has its detractors. A lot of people in the US dislike it. But if you need to move some money very cheaply and very quickly, there’s nothing better than XRP.”

His assertion couldn’t be far from the truth. However, it’s the cheapness aspect that drew the use of XRP. Recently, that came to use when they moved $50 million almost instantaneously and ended up paying 30 cents as transaction fees.

“Our very first closing was over $50 million, and we moved that money in 3 seconds, and it cost like 20 or 30 cents to move that $50 or something million dollars.” 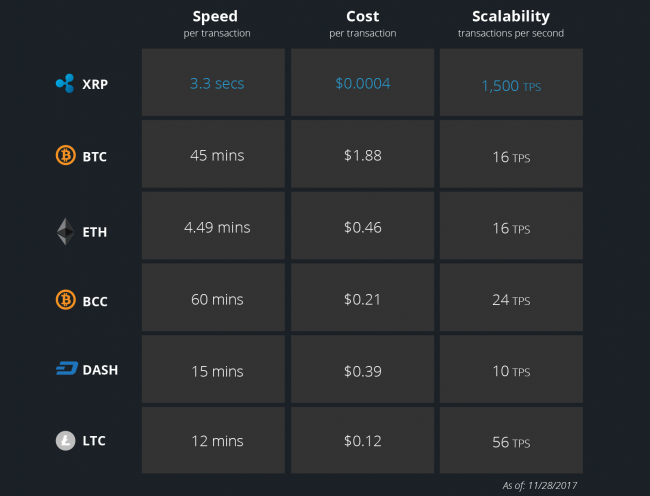 Centralization is After all good

Well, there are frictions from time to time especially on the topics of centralization but different findings have shown that centralization is good for blockchain products. For some reasons, having a figure head, a leading center often fast tracks developments and addition of new value adding features.

However, despite all this never ending debate, Ripple and XRP have since announced that they are different and independent entities. Additionally, in a bid to distribute and decentralize, Ripple, the company has a decentralization strategy in place that could see them introducing new, third party Validators. This would inevitably their influence in decision making within their blockchain and in the process making them more decentralized than Ethereum or even Bitcoin networks.