After Stefan Thomas’s launch of Coil, Walsh has posted 3 posts considering it as an experiment to check the performance of the platform. With his focus on open source contributing as it provides a huge number of possibilities and rewards for their hard working developers, it is more likely to expect him to contribute for the improvement of Coil in future days.

David Walsh is well known for his tutorials for web developers. He has his own blog named David Walsh Blog for his demos. Walsh has previously served as Zone Moderator at DZone. Currently, he works as a Senior Software Engineer and evangelist for Mozilla.

With coil, one can monetize their articles videos, live streams, and even entire websites for free. The payments are streamed into the user’s wallet while the other subscribers browse their content. This is achieved by an open standard called “Web Monetization”. Coil uses the Interledger protocol for payments. This gives the users the privilege to use any currency for sending and receiving.

Nevertheless, it is expected that plans will be taken to make the interledger for secure and reliable which might fetch a few more users in the coming days.

Following the update, XRP, the third largest cryptocurrency in terms of marketcap is showing green signal. At press time, the value of XRP has surged a bit with 0.53 percent over the past 24 hours. As such, the value counts at $0.37 against US Dollar and average trading volume as $15,902,835,431. 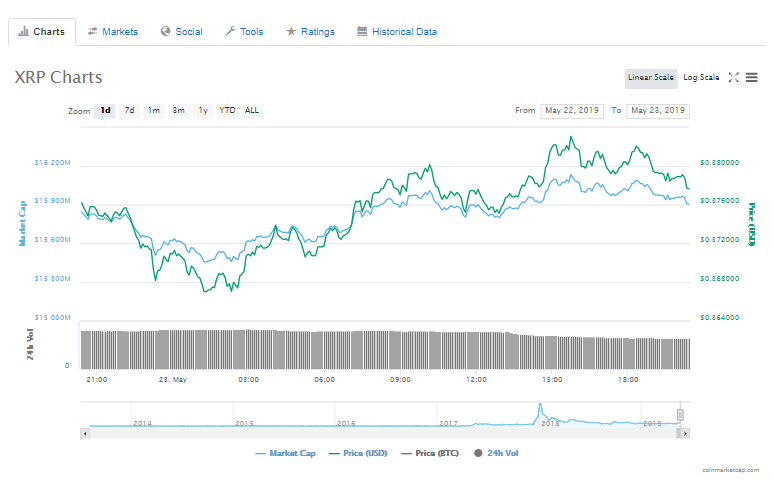