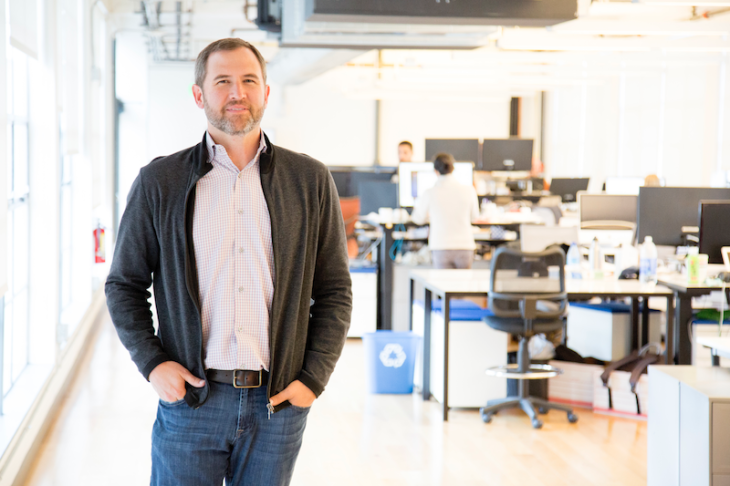 Today, Ripple’s CEO Brad Garlinghouse expressed his optimistic thoughts about the future of Ripple and XRP currency. He was attending technology conference in San Francisco. While talking with media and financial experts he answered the most important question that often arises in the mind of investors. Here, it is pertinent to mention that most of the people were worried whether Ripple is a blockchain or a cryptocurrency company. Brad Garlinghouse clearly answered this question by saying that Ripple is a payment company. He further explained that Ripple uses the blockchain technology that is also used by Bitcoin. This technology helps them record various transactions taking place between banks and other financial institutions.

In order to make the process straightforward and easier, Ripple recommends the use of its own cryptocurrency XRP. This is beause XRP makes it quite easier to process the global payments. Garlinghouse believes in working within the system to device new products to further streamline the process. He also seems hopeful that major banks will use xCurrent payment software and XRP currency for speedy cross border transactions. He also explained the differences between Bitcoin and Ripple by saying that global transaction takes 3-4 hours and costs $13 under Bitcoin. On the other hand, Ripple takes a fraction of transaction fee and process the transactions within seconds.

While answering the question whether large banks and financial institutions will accept cryptocurrencies, his reply was optimistic. He said that we have to convince the banks and financial institutions for using the cryptocurrencies for ease of global payments. He hoped that it will happen in sometimes after 2019. He explained that Ripple is trying to build a network of globalized payment systems. This network would enable the companies to send and receive cross border payments easily and cost effectively.

He also clarified that Ripple has already built partnerships with more than 600 companies across the world. All these companies are using ripple’s products for global money transfers. He seems quite hopeful for the future of Ripple and says that Ripple will surely sustain its value as compared to other cryptocurrencies. Due to its real value, it will resist the hype. Here, it is worth mentioning that Ripple is the third largest cryptocurrency being traded across the world. The CEO also says that it will gain value in future. This is because it is a payment system and not just a cryptocurrency. He advised the investors not to worry about the future of the XRP because Ripple will come out victorious among the other cryptocurrencies due to its real value.