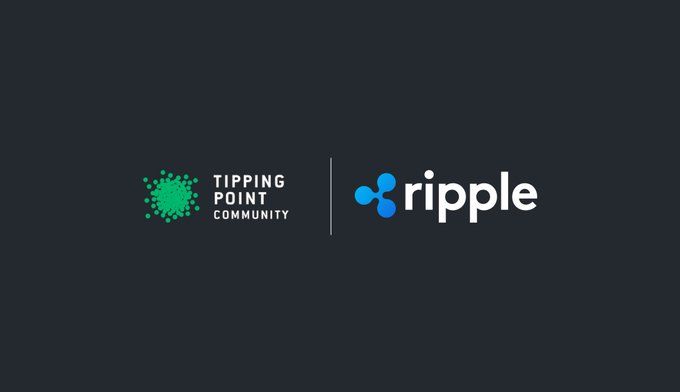 Beyond crypto and blockchain, a San Fransisco based, Ripple is stepping up to eradicate poverty in the Bay Area. With this initiative, Ripple announced a partnership with a non-profit community, Tipping Point which is already serving a support to million poor people to meet their basic needs in the Bay Area.

Per the official partnership announcement, Ripple will donate $1 million to Tipping Point that would put in place to explore various ways on making the Bay Area more-financially equitable.

Excited to partner with @TippingPoint to fight poverty in the Bay Area! https://t.co/bSLx1PMqPA #RippleforGood pic.twitter.com/LK7iYPke0F

As part of our partnership, Ripple will work collaboratively with Tipping Point to explore ways to make the Bay Area more financially equitable and inclusive. We’ll put our heads together with experienced leaders from Tipping Point and its amazing grantee organizations to focus on increasing upward economic mobility for Bay Area workers and families.

However, Ripple’s partnership with Tipping Point announced on March 07, 2019 but this is not the first of its kind – the firm had previously prioritized social cause. To remind, in the year 2018, the firm began ‘Ripple for Good’ with an aim to support mission-driven entities with potential aspects to enhance ‘financial inclusion worldwide’.

As per the reports, Tipping Point is already working relentlessly to meet the basic needs of people in the Bay Area – significantly, it had raised more than $250 million for diverse purposes including education, employment, housing and other support those in need in Bay Area.

Fired up to see @Ripple join a growing number of Bay Area tech companies committing funds and other resources to fight poverty in our region! #BeATippingPointhttps://t.co/35SlfjklTd

Beyond the company’s effort, Ripple’s employees are also eager to support the Tipping Point’s initiative with their personal giving.