Following a few weeks during which the native digital currency of the blockchain payments giant remained reddish, the sentiment of XRP is now changing from bearish to bullish as XRP bulls have started entering the cryptocurrency market. The coin is looking forward to get a hold on its crucial support level which stands at $0.70. A single great push can help the coin to achieve this price mark.

At the time of writing, the price value of XRP is holding at around the figure of $0.6452 with a positive change rate of 24.07 percent in the last 24 hours.

The market capitalization of XRP is standing at around $29,837,660,949 out of the total market cap of the cryptocurrency market.

The circulating supply of the remittance coin is hovering at around the figure of 46.24B XRP.

If we look at the performance of the seventh-ranked digital currency in the past seven days, then we come to know that it has not been good as the overall sentiment of XRP has been bearish and the trend line has been flowing in the downward direction. However, during the last couple of days, the price value of XRP started lifting up and the trend line showed an upward movement which signaled the entrance of XRP bulls which have started getting a hold of the market. The price is now up in the market. But the overall sentiment of the coin is still bearish at the moment as the price is down on a weekly basis. 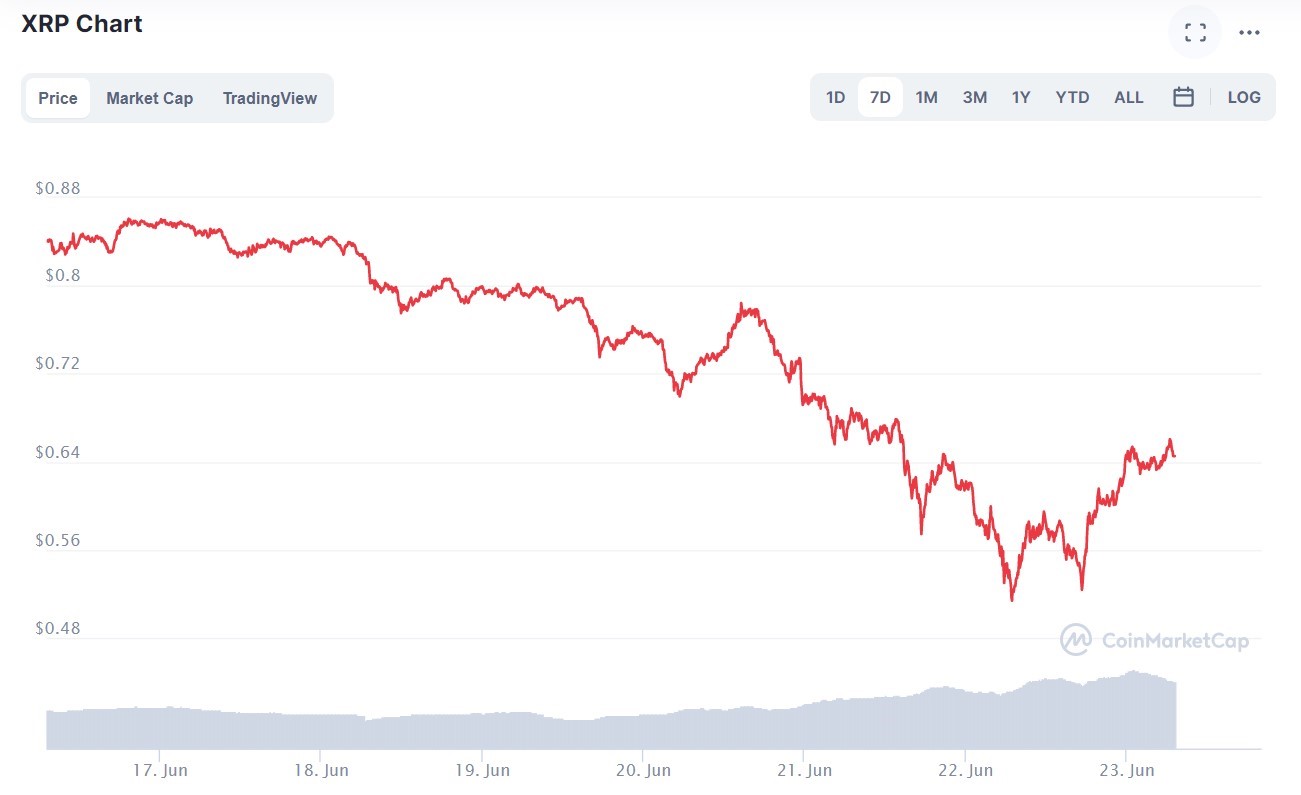 Currently, XRP is standing at around $0.64 with a positive price change rate in the last 24 hours. The current target of the coin is to get support at the level of $0.70 which will help the coin to move forward and gain momentum in a bid to enter the bullish cycle. The short-term target for the seventh-ranked cryptocurrency is $0.85 which is likely to be achieved by the coin in the next few weeks.