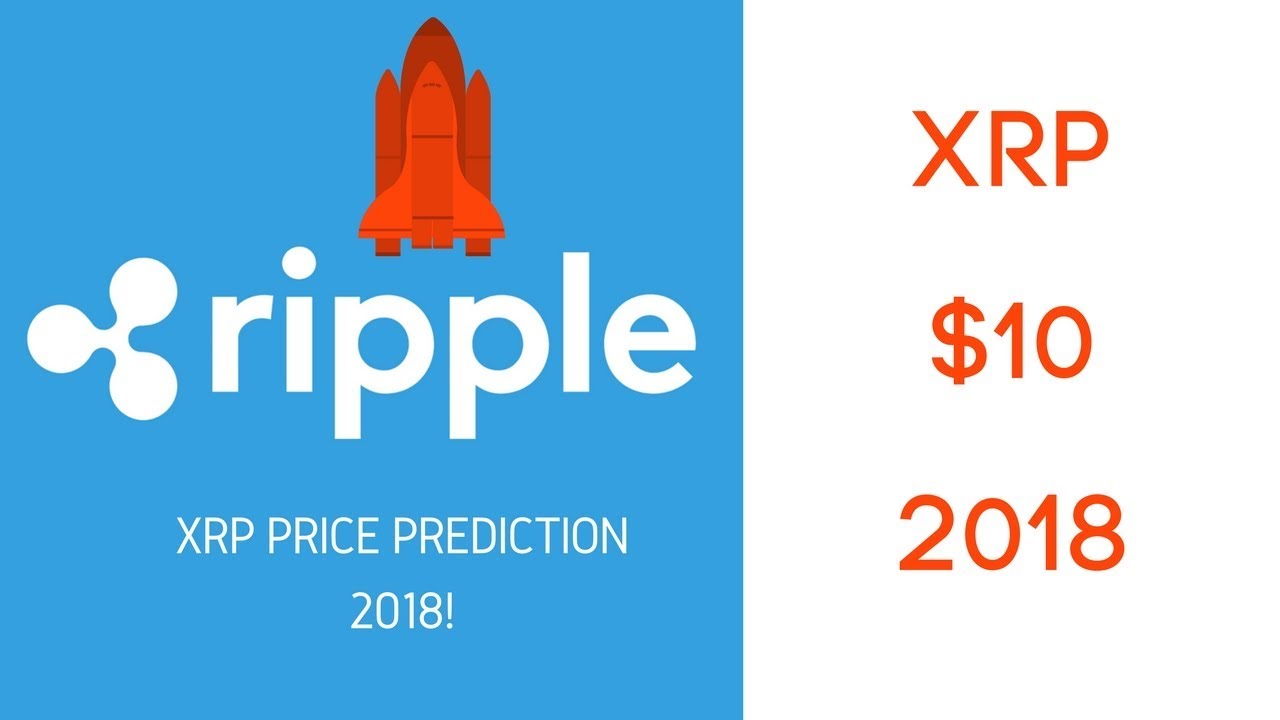 As you’ve gotten used to, we’re trying to look realistically at XRP at this time and estimate realistic price for the end of the year. Of course, estimating a likely price for the next 12 months is not an easy task. There is a high dose of hazard in such estimates. However, we will try to take into account as many factors as possible in this estimate.

In 2017, XRP was the star on Crypto Market with an ROI of 30000%, an incredible ROI. No other top 10 Crypto Market currency has ever seen so much growth. In an article in the fall of 2017, I said that XRP could have a price between 0.80 and 1 usd at the end of 2017. Then I gave the necessary arguments for which I thought the price would rise.

Many people agreed with me, but they were vehement and considered me too optimistic. They were of the view that XRP would not reach 1 USD. At the end of 2017, the XRP price was about 1.9 USD. In conclusion, have I been too optimistic? Moreover, in January this year, XRP reached a maximum of $3.60 Let’s look at what we can expect in 2018.

1. Market capitalization will not be an obstacle to rising XRP prices:

One of the arguments brought by those who disagreed last year with my estimate of 1 USD is market capitalization. In their opinion, XRP will not be able to attract too much money to climb 1 USD. Some of you understand my point in this regard. Market capitalization is relative and very variable. When a currency is on a rising trend and FOMO produces its effects on the masses of people, it attracts amounts and implicitly market capitalization can grow at an incredible pace.

It is quite unlikely that XRP will reach three-digit price this year or the next 2-3 years, but in the next 5-6 years, there may be a lot. Given that Bitcoin was worth a few hundred dollars a year ago, who would have thought it would reach a maximum of $20,000?

However, this does not mean that XRP can reach 1000 USD in the future. Well, at this moment, that seems utopian. XRP can not be compared with Bitcoin, because the number of coins issued is huge, 100 billion coins. That would require huge amounts of money to pump the price up. Nobody has estimated such a high growth of Bitcoin’s market capitalization.

2. New partnerships and a possible news on the use of XRP (non-test) cross-border payments:

Shortly afterward, Cuallix announced that the first XRapid instrument tests using the XRP were performed. According to official sources, the tests were a success. MoneyGram made it a pleasant surprise by joining over 100 financial institutions that are using Ripple technology. They said that in the first phase they will only use Ripple technology, and in the second phase, they will also use the XRP currency.

IDT and MecuryFX also announced they will use Ripple technology. The Ripple project is increasingly materializing. I would not be surprised to have the first news this year about using XRP in cross-border payments. Even if this does not happen this year, XRP will be used for cross-border payments in the future. Ripple does everything necessary for that.

3. The first effects of the Ripple Accelerator program, new capital inflows from other markets and the Arrington XRP Capital Fund:

This year, I expect to see the first effects of the Ripple Accelerator program (worth $300 million) to boost XRP liquidity. Providing incentives through this program may be an important reason for attracting new partners. You can find more details about this program at a simple search on the internet. There is little talk in the online environment about the effects of this program, but I think it will play a very important role in 2018.

On November 28, 2017, Michael Arrington, the founder and former editor of TechCrunch, announced the launch of its new capital fund. The fund, called Arrington XRP Capital, is one of the largest hedging cryptographic funds in the world and is entirely denominated in XRP. In addition, the fund will start with $100 million and will use XRP to invest in blockchain technology and asset entities.

Taking into account all these factors, I estimate an XRP price of 8-10 USD at the end of 2018. However, it must be taken into account that this estimate implies normal market conditions. This means that Bitcoin will not fall below $4000 – $5000, and after a few months of consolidation, we have a new bull market.

If within a few months, the market does not stabilize and we do not have a trend up, it means that the market will have a longer recovery period. Transforming the feeling of pessimism from Crypto Market into an optimistic feeling can not be done in two weeks. If the market does not recover within a few months, our target price may not be achieved by the end of 2018. We also do not have to hear negative news from Ripple or other events that have a negative impact on the entire Crypto Market.

Whether or not the market will return sooner or later, the instant access prices are very cheap. At this point, XRP had recorded 78% drop from the maximum price (3.6 USD). Any trader with experience knows that now is the time to buy XRP. Even if the market gets tougher, and we will not reach our price target, XRP will undoubtedly climb to at least the previous price. All those who will buy now will have a nice profit at the end of 2021.

Do not forget! The biggest news that may come in 2018 is the first (non-test) use of XRP in cross-border payments. This news can create an aggressive move upwards. An increase of 500 -800% is likely to occur at that time.

All the information in the article can be checked on the Ripple site (Insights), or on other sites on the Internet. Please take into account all of the above factors and make your own research if you want to invest in the XRP currency.