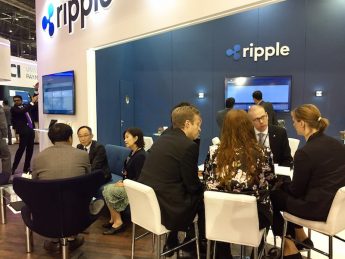 Ripple XRP is perhaps one of the most unique coins available in the market. It’s market cap is currently at $10 billion with more than 38 billion XRP in circulation right now. The XRP is facing renewed interest from Asian markets especially after the news that the currency may enter China in the near future.

While the move it still set for the future, it will most likely involve XRP as a cryptocurrency of choice. One of the reason behind this is that XRP is not in the market to challenge the fiat currencies too much. It is more of an intermediary currency that aims to help the banks and other fiat currency financial institutions in currency transfer, transactions and sale/purchase. Bitcoin, Ethereum and other cryptocurrencies traditionally look to challenge the dominance of the cryptocurrencies and are therefore, often competing with them.

The XRP due to its unique infrastructure is designed for assisting other currencies and even goods transfer. The reason is that it can handle a lot of volume of transactions per block than other cryptocurrencies especially bitcoin that was disastrously slow before the Segwit upgrade. With a faster transaction and ability to handle much more volume of trades, XRP is definitely a best coin, better than most.

News has emerged from the official Ripple Twitter account that the XRP is now available for Bitcoin IRA’s retirement accounts and Kingdom Trust’s custodial services. If you have an IRA or a 401k, you can now trade in the Ripple XRP with Bitcoin IRA. Kingdom Trust on the other hand is a popular digital asset management platform. Both of them have a strong affiliation with BitGo, a cryptocurrency wallet. This move will further enhance Ripple’s stature as the world’s most diverse cryptocurrency. The diversity is the reason why XRP is witnessing positive increase in worth in recent weeks.

The XRP has seen a healthy increase in the last week with the currency now being traded at $0.25 and the future is pretty amazing for the coin. The reasons behind the increase from $0.15 to $0.25 within the span of one month are that the currency is benefitting from being adopted by banks and their ability to co-operate and engage authorities.

Unlike Bitcoin, whose founders have never revealed themselves and Ethereum that is challenging the current status quo, Ripple XRP is actually co-operating with them. Since the currency is a part of a company that may have no oversight over the currency’s day-to-day dealings but they do have a lot of tokens with them and can help market the currency.

Anja Manuel from the State Department was with the Ripple authorities recently before an expansion move to China is expected. It is also hosting a mega event later next month where esteemed guests like internet founder Tim Berners Lee and Dr Ben Bernanke will be in attendance and will probably give their two cents on the future of cryptocurrency.

This ability to engage with the authorities directly will no doubt help Ripple in PR and promotion to recognize itself as one of the leading names in cryptocurrency. This is something both Bitcoin and Ethereum and currencies down the pecking order may never be able to achieve.

So, stop fretting over bitcoin and check out XRP. It is certainly one of the brightest prospects for the future!