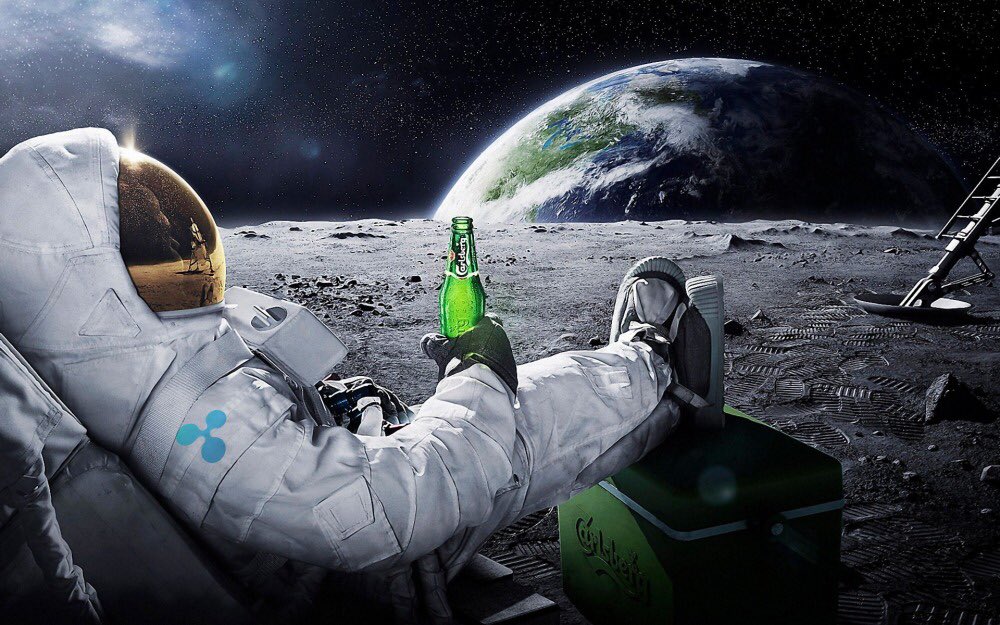 Ripple has seen a surge of 4000% in the first half of 2017. Today, the market cap of Ripple is more than $100 billion. Ripple claims that there were more than $11 billion worth of transactions in the second quarter of 2017. Currently, it is listed on 30 exchanges.

Why Is XRP Expected To Perform Great In 2018?

Ripple is working with some of the biggest financial institutions around the world. Ripple aims to power the whole financial sector by making instant transactions possible at a fraction of the current costs. It provides a frictionless experience for global fund transfer using the blockchain technology. In future, it is expected to act as a liquidity solution for the cross-border transactions. Banks and Payment Providers can use XRP to settle multi-currency transactions to minimize the overheads.

Right now, SWIFT facilitates most of the international payment transfers. Whenever we make any cross-border transaction, we need to provide the SWIFT code of the branch of the bank. SWIFT has a monopoly over cross-border settlements. It has more than 11,000 financial institutions and 200 countries on its network. Ripple is associating with big financial institutions and working with many banks to incorporate its blockchain technology. It’s hard to say how soon or whether Ripple will be able to take SWIFT down or not. However, it can indeed break the monopoly of SWIFT over the international fund transfer.

A large number of banks from around the world are actively working with Ripple to implement its technology over their payment infrastructure. It makes Ripple trustworthy, and investors find XRP to be a comparatively safer bet as compared to other cryptocurrencies.

Cryptocurrencies performance during 2017 will be a determining factor for their demand in 2018. 2017 saw the price of XRP surging rapidly during the first half. Other cryptocurrencies won’t find it easy to copy the market development of Ripple. Investors interested in the digital currencies as a haven for the uncertain times will find Ripple as a promising candidate.

Bitcoin and Ethereum are the most traded cryptocurrencies. A large percentage of cryptocurrency traders and investors are still not familiar with Ripple despite its promising technology. Once, a few institutional investors join the network and Ripple permeates the mainstream investor’s community like Bitcoin and Ethereum, an influx of trend followers can make the XRP prices shoot through the roof.

– Looking at the latest developments and increasing interest towards the XRP, by the end of 2018, the Ripple price is expected to cross the $7 barrier at least.

– Trading Volume of XRP is nowhere close to the most popular cryptocurrencies, BTC and ETH. Trading volume is expected to grow in 2018, and a rise in speculative activity on the Ripple cryptocurrency can even raise its prices to $7-$10 mark as well.

– Though the overall price of XRP is expected to witness an upsurge, not all months of 2018 will be the same. A lot of cryptocurrency enthusiasts don’t like the idea of banks or any financial institution or a company regulating the cryptocurrency. In the long run and as long as banks exist, XRP is likely to prove as a solid investment, but its prices can see a downward trend in some of the months.

Should You Invest In Ripple?

If you want to invest in Ripple, XRP as a long-term investment that you would like to hold for years to come, Ripple seems to be a promising investment. A paradigm shift is happening, and we are moving towards digitization of all currency. In the world where money exists in the digital ledger of banks, cryptocurrencies like Ripple have a special place as they are not anti-bank in nature like many other cryptocurrencies. Instead, they are developed to let the banks utilize the evolving blockchain technology.

If you want to invest in XRP for quick gains within a few months to an year, it seems promising. In 2018, it is expected to see a sharp upsurge in prices. It is projected to cross the one dollar mark at the very least.

If you are a day trader, XRP’s trading volume should grow as well. With increased trading activity, fluctuation in prices will be seen as well.

With a promising financial technology for future and growing network of banks, Ripple’s cryptocurrency looks like a promising long-term investment. With more investors becoming aware of XRP and a growing awareness towards its technology, XRP’s prices are expected to rise in 2018. In the first half of 2017, XRP’s price surged up to 4000%. As the trading volume of this cryptocurrency is nowhere near the most popular cryptocurrencies, BTC and ETH, it is expected to witness at least one-fourth or half the spike as seen in 2017. Therefore, it is predicted to rise above $7-$10 in 2018.

Read Our New Guide : An Ultimate Guide to Start Investing in Ripple XRP (Buying Guide) in 2018