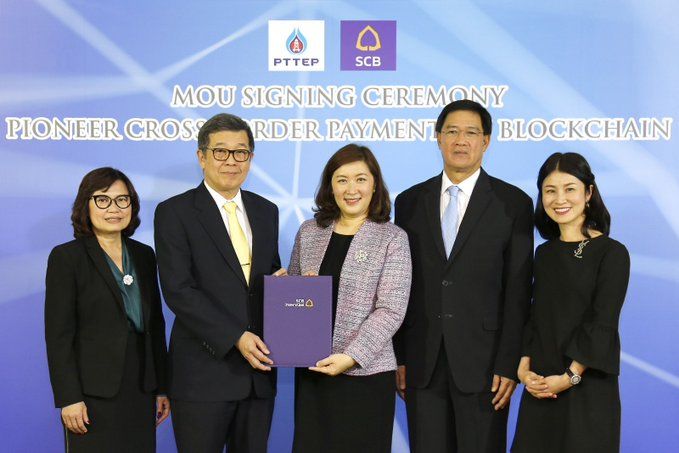 The news was released after SCB published a press report – the partnership is the first of its kind to employ blockchain in terms of B2B format. According, Mr. Phimonpha Santichok, Senior Vice President and CEO of Commercial Banking Solutions Siam Commercial Bank explains;

By signing this partnership, it is the first time that the bank decided to use the system in B2B format. “

PTTEP is a subsidiary of Thailand’s PPT Public Company Limited which was established in the year 1985. PPT Exploration or PTTEP is the petroleum exploration and production company of Thailand, headed by Somporn Vongvuthipornchai as its Current chief executive officer (CEO).

According to PTTEP’s CEO, the partnership to adopt Ripple’s tech together with SCB will boost the efficiency of the cross-border financial transactions in less time at PTTEP. He further says that;

Resulting in lower costs Which reflects PTTEP’s determination to seek new approaches or methods To increase the efficiency of work relentlessly In order to maintain business competitiveness Keep up with the changes that will always happen. “

Besides, Ripple’s technology implementation into the company’s key affairs, it is hoping to bring it across all departments. Similar to PTTEP which is the Thai based oldest ventures, Siam Commercial Bank was also founded in the year 1907 in Thailand. Per the partnership, PTTEC will work closely with SCB and employs disruptive blockchain technology for their financial transactions.

However, the press didn’t mention specific Ripple based technology to be used by PTTEP but we probably see RippleNet get onboard. This is because, in 2018, Ripple had officially released an announcement stating that ‘SCB will be the first financial institution on RippleNet to access its feature dubbed as ‘multi-hop’. The blog goes as follows;

Nevertheless, concerning SCB and PTTEP’s partnership to adopt Ripple’s tech, Marcus Treacher the Global Head of Strategic Accounts at Ripple also took to Twitter and expressed his excitement. He mentioned about RippleNet and said;

What do you think readers,? Let us know in the comment below