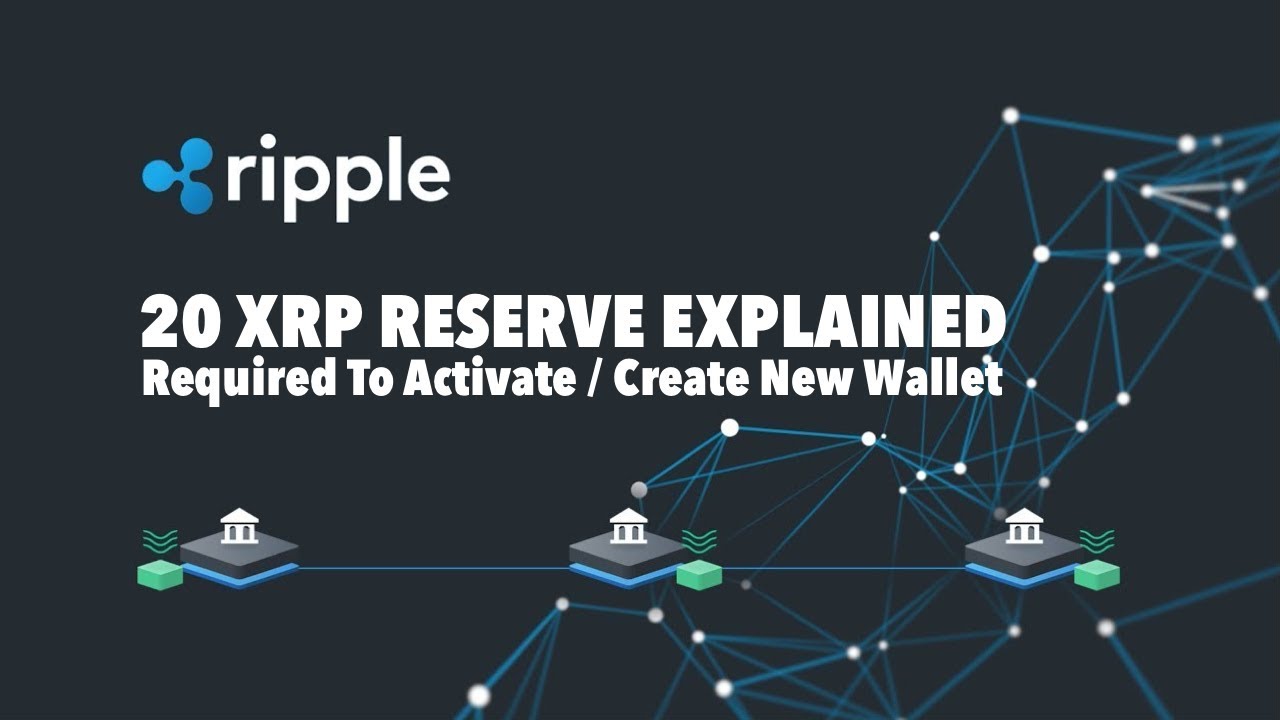 Ripple XRP is one of the top cryptocurrencies being traded across the globe. The CoinMarketCap data shows that it is the third largest cryptocurrency of the world. Bitcoin and Ethereum are the top two cryptocurrencies. In the beginning of New Year, Ripple XRP had touched an all time high value of $3.80. It was the second largest crypto currency on 4th January with market cap of $148 billion. It even caused a threat for Bitcoin by gaining this value. The experts were saying that if the value of XRP touches $7-$10.

All of us who have ever tried to open a Ripple wallet account know that it requires 20 XRP balance. No one knows the reality of this 20 XRP demand by Ripple wallet. In this article, we would provide you with every detail about this 20 XRP fees.

The next difference between Ripple and other cryptocurrencies is 20 XRP fees that it takes. Like traditional banks, Ripple requires minimum funds for using its ledger. The users have to maintain a balance of 20 XRP to use its ledger. This fee is taken one time at the opening of the account. However, the account is deactivated if the balance in the wallet goes below 20 XRP. The company says that this 20 XRP fee is fixed to stop the spamming of the ledger. In other words, the demand of 20 XRP makes Ripple’s ledger an anti spam ledger.

Ripple.com: ” The XRP Ledger applies reserve requirements, in XRP, to protect the shared global ledger from growing excessively large as the result of spam or malicious usage. The goal is to constrain the growth of the ledger to match improvements in technology so that a current commodity-level machine can always fit the current ledger in RAM and the full ledger history on disk.

To submit transactions, an address must hold a minimum amount of XRP in the shared global ledger. You cannot send this XRP to other addresses. To fund a new address, you must send enough XRP to meet the reserve requirement.”

Here, it is worth mentioning that once you open an account by depositing one time 20 XRP fee, you cannot withdraw this amount. And, the account is deactivated if the balance goes below 20 XRP. However, the users can activate this account by depositing this amount once again. Therefore, consider it a thumb rule to maintain 20 XRP balance in the ledger. Here, it is also necessary to mention that your transactions will fail if the balance is less than 20 XRP. This is because the account with balance less than 20 XRP is considered as nonexistent.

In the end, we can say that opening an account with Ripple requires somewhat extra costs because of 20 XRP fee. For example, if we open an account with 50 XRP, only 30 XRP will be available for use. The remaining 20 XRP will go to the reserve. And, the company’s decision to hold 20 XRP as reserve is quite right because the size of the ledger remains considerably small.