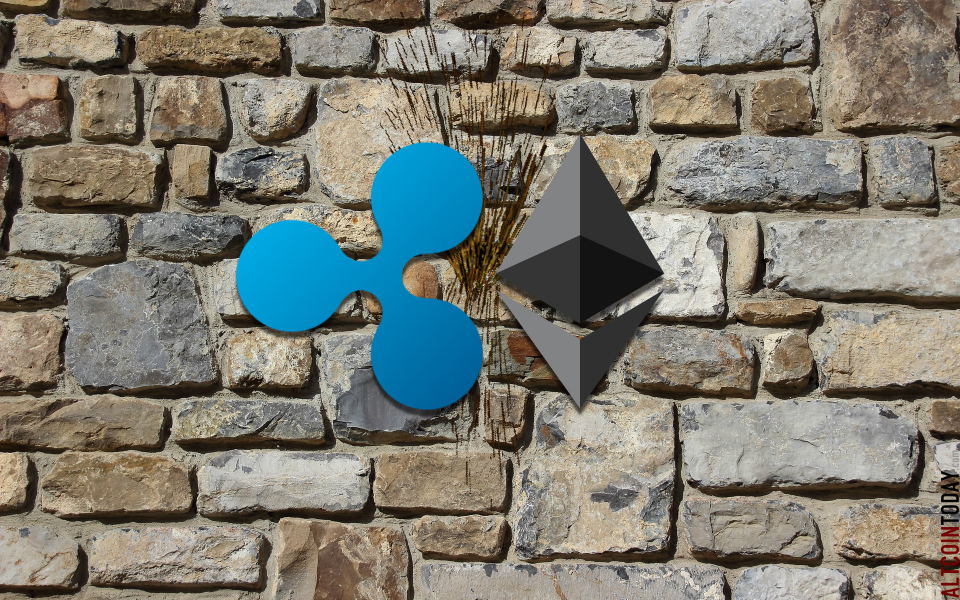 As of May 2018, Ethereum and Ripple occupy the second and third slots by market cap on CoinMarketCap, behind only Bitcoin.

There’s a considerable gulf between the two, and not just in market cap.

And then there’s the use case. Ethereum was designed to be a platform upon which other blockchain technologies and tokens could be built. Ripple, on the other hand, was designed to allow banks and other traditional financial institutions to exchange money more easily across national borders. Ethereum is highly decentralized, while Ripple is the model for a centralized cryptocurrency.

The choice between Ripple and Ethereum in terms of investment largely depends on what you expect the future of cryptocurrency to look like, both short and long-term.

The Case for a Decentralized Future

As a platform, Ethereum’s ultimate success largely depends on the decentralized apps that are built upon it. As the harbinger of so-called Web 3.0, Ethereum hopes to host the new generation of internet titans like Facebook, YouTube, and PayPal with a decentralized format.

Essentially, what that would mean is everyday-usage apps created on the Ethereum blockchain, conducting transactions in Ethereum compatible tokens, and using Ethereum for its processing power.

The short-term view is largely tied to the health of the cryptocurrency market in general. Ethereum does have a growing stable of decentralized apps, but none are currently competing with standard internet apps. As the second-largest cryptocurrency by market capitalization, much of Ethereum’s short-term growth will be tied to speculation on and investment in the cryptocurrency space in general. This means that short-term prospects are limited by factors outside of Ethereum’s control – government regulation, adoption, the price of Bitcoin, and more.

The long-term view of Ethereum is a little rosier but no less risky. There is the possibility for absolutely wild growth if Ethereum does indeed prove to be the platform and the fuel for the next generation of big-ticket internet applications. This comes with several important caveats. First, it assumes that Ethereum, and not a competitor, becomes the basis for the new internet. It also assumes that consumers want a new form of internet to begin with. The idea of decentralization is popular among the technological literati, but it hasn’t yet filtered down to the masses. They just expect the internet to work, much like the electricity in their home sockets. Finally, it assumes that applications created on the Ethereum blockchain achieve widespread use. This has two components in and of itself. It requires the new Ethereum apps to be adopted by mainstream consumers, and it requires existing internet giants like Facebook to lose market share. That’s a risky bet, considering the monetary head start that most of those corporations enjoy.

Ripple has a fairly narrowly defined use case. It seeks to be the transfer medium of choice for banks, businesses, and individuals conducting international transactions. The current system often requires banks or payment processors to have hefty amounts of liquidity on hand, and slippage can occur when transactions between two currencies take a long time to process. While the transactions are being processed, the price can shift, forcing the bank to basically eat the balance. It’s a narrow use case, but a huge one. Some estimates of just the remittance market alone – or transfers from private individuals to individuals in other countries – put the size at around $600 billion per year. That excludes purely bank-to-bank transactions and business-to-business transactions, which are orders of magnitude larger.

This creates a different short- and long-term picture for Ripple, although both are heavily dependent upon industry adoption. If Ripple is widely adopted as the payment transfer method of choice, it stands to make huge short-term gains in a relatively short period of time. On the other hand, those gains are capped by the size of the market. While it’s a large market, it’s essentially finite. In other words, global currency transfers likely won’t grow very much, whether Ripple is adopted or not. It can only possibly achieve 100 percent market share of an existing market. Compare that with Ethereum, which has a very open-ended goal. Few could have predicted in the early 1990s exactly how large and pervasive – and lucrative – the internet would become by 2018. The same sort of potential exists in Ethereum.

A Matter of Perspective

So, will Ripple outperform Ethereum? The short and highly unpopular answer is, as usual, that it depends. Specifically, it depends on whether you’re looking at short-term gains or long-term gains. Short term, Ripple is more likely than Ethereum to rise in price because it has a relatively short path to adoption. Banks will either use Ripple for their business transactions, or they won’t. There are no new applications to develop, as is the case with Ethereum, so Ripple’s short-term price potential is really predicated on how well the coin is marketed.

Ethereum investors must take a longer view. However, it is impossible to predict when, or if, the next big Ethereum blockbuster app will be developed. It could very well be taking place now, being hammered out in code in some dorm room or garage. On the other hand, it could be years away – if it ever happens at all.

In conclusion, for day-to-day investors, Ripple probably represents a better short-term investment. Its goals are clear and its mission well-defined. Moreover, there should be enough clarity in the market for Ripple investors to see on an easy timeline whether the coin is meeting their expectations. Ethereum’s goals and mission are much cloudier, but potentially much bigger.

The two coins really represent two different types of investors. Ripple investors are close market watchers and are prepared to exit the market if their coin doesn’t perform up to snuff in a reasonable timeframe. Ethereum investors are a dreamier sort, with grand vision if slightly less concrete plans. Both could potentially make a lot of money in the months and years to come. The big question is when.