Franck Muller, the luxury watch creator of Switzerland declares his idea to include Ripple’s XRP as well as Ethereum along with five other cryptocurrencies in his crypto wristwatch.

Franck Muller is a Swiss watchmaker whose timepieces are famous for its modern and unique designs. Each year, the manufacturer launches at least one new line of timepieces, featuring something unique and exclusive that is beyond the imagination. This year it turned out to be Cryptowatch.

The first model of the crypto watch named Encrypto has been released, keeping Bitcoin as the center. The dials architecture follows the QR code of Satoshi’s Genesis Block address with the frame to hold the public wallet address in the form of a QR code.

Furthermore, Muller plans to add XRP and Ethereum on the list along with five other top cryptocurrencies of the market. This advancement of XRP is really a promising move to make its way on the top. Ripple has gained a wide appreciation in the global market cap with its speed and secure payments. Now it is ready to embark its way to more handy equipment.

Nevertheless, XRP has won the hearts of its users through its amusing adoptions in various platforms, from gaming to banking and now in luxury watch. Regardless, the XRP value has reached $0.387891 with a 2.55 percent rise in the past 24hr period. The present market cap is reported to be $16,336,674,602. 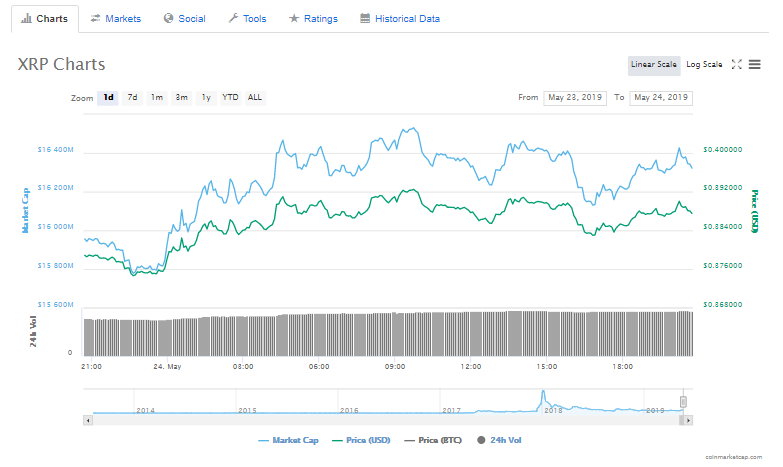 Guide On How To Choose Your Ideal Crypto Exchange

As the popularity of cryptocurrency continues to grow, there are several ways to make money from it. As one of...

The popularity of Bitcoin today is unmatchable by other cryptocurrencies. However, price volatility is something for investors to consider when...

DAO1 Announces the First Edition of its International Blockchain Hackathon

Win huge prizes in the EUROMANIA 2020 lottery by 1xBit