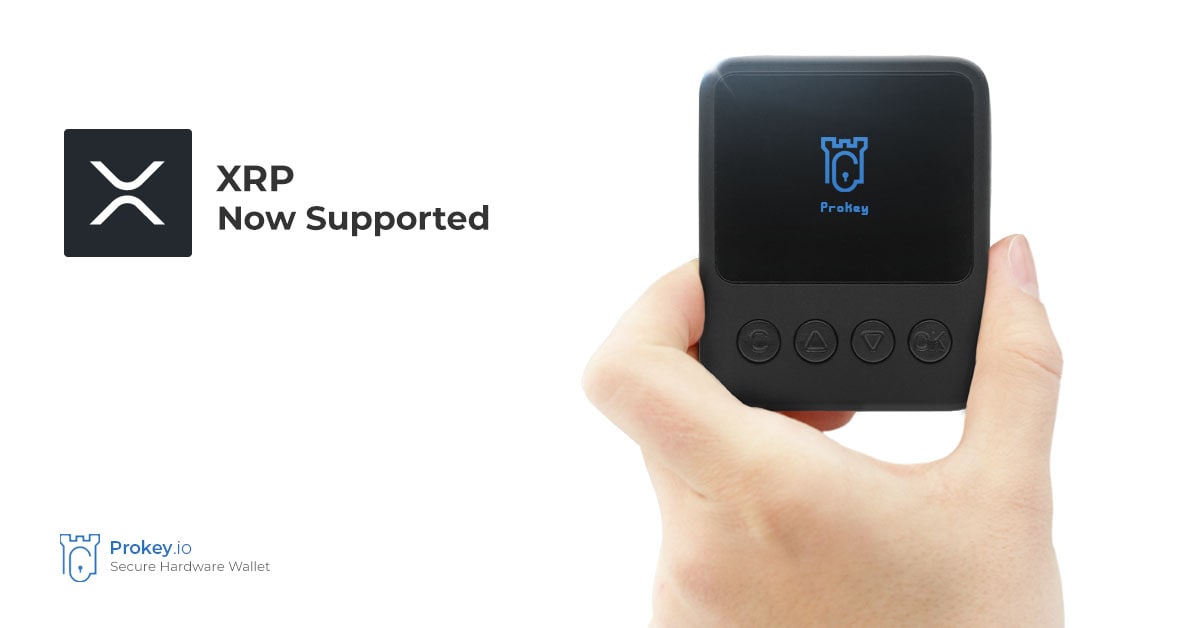 Prokey Technologies, a newcomer in the world of hardware wallets, has just announced that they are providing full support for the digital asset that is most reliable on its on-demand liquidity sourcing; XRP.

With a market capitalization of more than $20 billion, XRP holds the position of the sixth-largest cryptocurrency in the current market. Prokey’s addition to its interface and wallet will have users able to send, receive, and manage their XRP without third-party applications or wallets.

Keeping XRP in the Prokey Optimum.

With several exchanges in the US de-listing XRP from their platforms, keeping it on a hardware wallet is the only secure and viable choice. Prokey provides this seamlessly with its pioneer hardware wallet, the Prokey Optimum. Apart from housing more than 1500 coins and tokens that users are able to manage, store, send, and receive, the Prokey Optimum also works as an all-in-one platform where users do not need to download or install any additional or third-party software or applications. With native support for XRP, users can manage it entirely with the Prokey Optimum without any third-party involvement.

Mazyar, CEO of Prokey Technologies, says, “Adding XRP into the Prokey Optimum hardware wallet is the big and right step forward in making sure our services cater to most, if not all, of our users. This is just the start of a series of additions that will surely be beneficial to all.”

When it comes to cryptocurrencies, only the best form of security is viable in the hardware wallet game. Alongside adding support for more coins and tokens in the future, Prokey aims to offer and prove this through their Prokey Optimum hardware wallet.

Spike in Market’s Volatility as $2.5 Billion Worth of Bitcoin Options Expires Today

Bitcoin ‘Solidifies’ Support At $58K As Volatility in the BTC Falls to a 7-month low.

DOGE Not Good for Crypto as it has “Inflationary Dynamics”, CEO Ripple Brad Garlinghouse.

CryptoGames, The Unsurpassed Competitor in the Crypto Gambling Industry

Bitcoin has been spoken about a lot for a lengthy moment. Still, they’re becoming known as monetary instruments that can...