Currently the world’s premier cryptocurrency is down 0.4% in the day and 1.6% over the week. After hitting a 2-Year low of $15.5k on November 21st, Bitcoin has seen a slight recovery. Since November 21st the Bitcoin has gained value by 1.2, In the past three days from November 23rd, Bitcoin has successfully sustained $16k, which is indeed a good indicator.

While at the moment it clearly seems that the coin is getting support at $16k, resistance is at $17k. If the price mark is breached, Bitcoin may make a move towards $20k.

On the other hand, Ripple’s native XRP has again outperformed many major cryptocurrencies, including Bitcoin. Currently trading at $0.40, XRP is up 8.3% in the day and 6.4% over the week. This has made XRP the largest gainer in the day, among the top 10, whereas, the coin comes after BNB in the past 7-days. 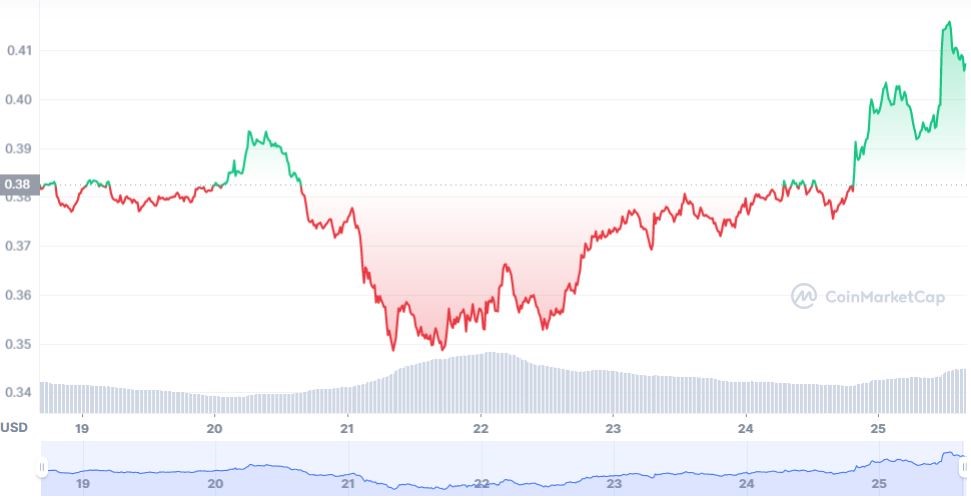 As for the technicals, XRP is above the 4-hours 100 simple moving average, and there was a break observed above a major bearish trend line. Further as the 4-hours MACD is losing momentum in the bearish zone, the coin’s RSI is above 50.

It is notable here that the SEC lawsuit is one of the most significant factors that has been driving XRP’s price in the past couple of years. So, a close eye must be kept on the case.