In recent weeks, the world’s largest cryptocurrency has been ripping higher. Bitcoin has climbed almost 50% since July 21, when it was trading below $30,000, to its current high of around $45,000.

The last move higher occurred after the US infrastructure plan was passed on Tuesday. Given the necessity for brokers to record customer transactions to the IRS, some have stated that the bill’s cryptocurrency wording will lead to a drop in Bitcoin and other digital assets, while others have argued that it will legitimize cryptocurrencies as a mainstream financial asset.

On August 11, Bitcoin (BTC) reached a high of $46,743, but was rejected nearly immediately. A severe short-term weakness preceded the current decline. After that, BTC fell out of a rising wedge. 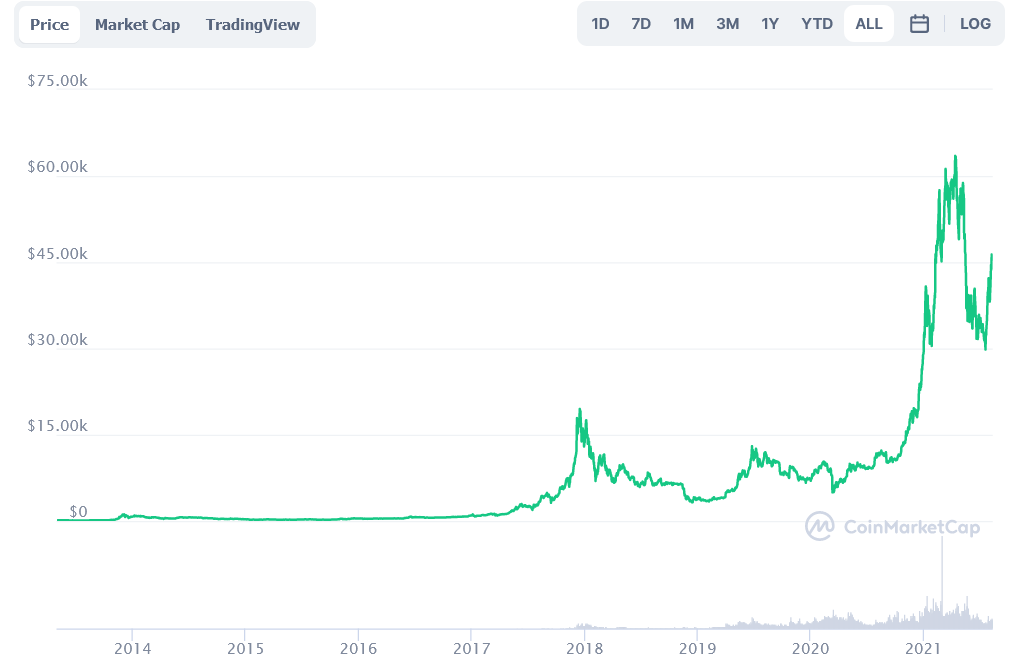 The record was set in the bottom half of the range, between $46,800 and $47,000. A confluence of Fib retracement levels creates this range, which also serves as a horizontal resistance region. Following that, BTC formed a shooting star candle and fell quickly to $45,000.

Bearish divergence in the RSI preceded the drop, and the MACD has formed one lower momentum bar, indicating that momentum is progressively reversing.

Elon Musk’s participation at the B-Word conference, where he stated it was likely that Tesla (NASDAQ:TSLA) would resume taking Bitcoin as payment for vehicles, looked to be the catalyst for the recent move upward.