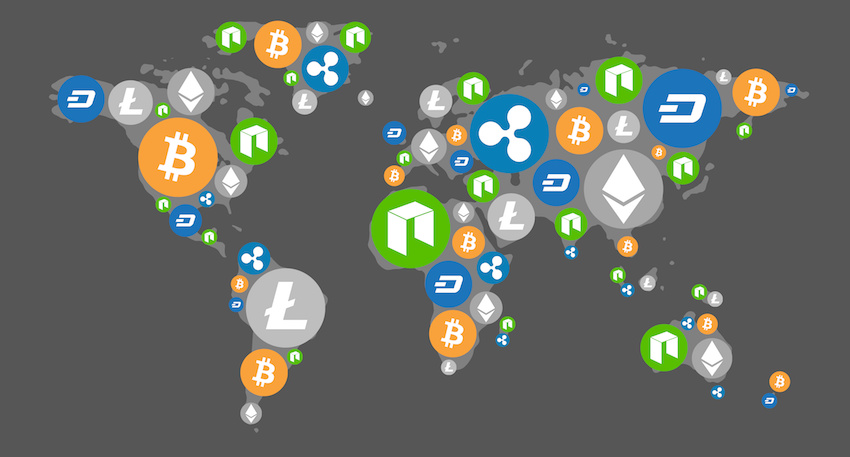 The crisis of Bitcoin and cryptocurrencies continued since January 9, 2018, it was born the first month of the calendar year, it has been there for so long that many investors and traders have lost hope that this difficult period will end for the market.

But as I said earlier, the current crisis revolves about one thing: regulation and rationing in order to make trading and investment legal and recognized, but also to protect investors money from theft, fraud and to combat the painful hacking and trading of these assets.

Currently in July there are moves to regulate these assets more clearly, and there are several reasons that makes me expect the end of the crypto currency crisis in August.

Earlier this month, the European Parliament issued a report advising regulators to deal with Bitcoin and crypto currencies like any other financial instrument.

The 33-page report said: “Policy makers and regulators should not ignore virtual currencies, and should not try to ban them. Both extreme approaches are incorrect. ”

Ignoring or blocking crypto currencies is not a solution to deal with a self-imposed sector with a good future and many traditional investors are planning to invest in it.

This report will be the cornerstone of the EU’s position on these digital assets.

In the 21 and 22 of this month, G20 Finance Ministers will meet in Argentina on important economic topics, including the regulation of encrypted digital currencies.

During the previous meeting, July was identified as the month of regulation and that the finance ministers and central bank leaders of the world’s 20 economic powers, which include Saudi Arabia and the Arab world, would put laws in place to regulate the new trade.

The upcoming meeting will be crucial and will explain the direction of the 20 most important economies in the world, and how these systems will deal with digital currencies, particularly Bitcoin.

On June 27, chief executive Brad Garlinghouse and Ripple Labs Inc. received an invitation to appear before the California Supreme Court for alleged manipulation of the XRP Ripple prices for their benefit.

The suit against Ripple is for stock fraud. The plaintiff claims this time that Ripple Lab Inc. is manipulating the price of its own encrypted currency to take advantage of deceptive moves. And that they are cash and not real currency.

The plaintiff is named Vladi Zakinov. The first hearing on this case is scheduled for August 8, 2018.

The verdict is not expected to be heard from a single session, but this session will show us how much we can bet on this encoded digital currency that will be discounted this year.

• The US Securities and Exchange Commission is studying the Bitcoin ETF Index:

Another request was made for the ETF to be accredited to the Securities and Exchange Commission (SEC), this time by the CBOE of the Chicago Board.

These documents, submitted by CBOE Global Markets on June 20, offer investment in KFH and enable the circulation of the digital currency to the public as well as facilitate trading. The agency also seeks to partner with VanEck Investment and SolidX for the purpose of establishing this investment fund.

CBOE is demanding the listing and trading of the shares of VanEck SolidX Bitcoin Trust that results from a partnership between VanEck and SolidX, which applied for an ETF support file at the beginning of June.

According to the Securities and Exchange Commission’s notice, VanEck SolidX Bitcoin Trust shares are worth about 25 Bitcoin.

If CBOE receives an approval from the Securities and Exchange Commission on the ETF, then the expected investment opportunities will be available sometime in the first quarter of 2019.

The issue is expected to be settled on August 10 or August 16, 2018. The agreement is expected to open the door for traditional investors to invest in this fund therefore, the Bitcoin and digital currencies market will have more investment.

June-July last year witnessed a sharp decline in digital currencies, from 2,900$ for one Bitcoin unit to 1965$ at the end of 17 July session, and then began to recover strongly in August, with the world’s biggest currency making good gains, rising along the eighth month to 4,700$ at 31 August session.

This scenario is unlikely to recur this year as the world’s largest currency, with the rest of the currencies, could begin to recover in the coming period.

It’s not strange for August month, the historic witness of Japan’s nuclear fall, the end of the Second World War of 1945, the crime of abandonment of the Golden System in 1971 and the birth of the 2008 crisis and China’s success over Japan economically, to witness also the end of the digital currencies suffering, the establishment of its era and the end of the cash currencies era!